Where Have I Seen You Before: Doc Martin Cast Edition 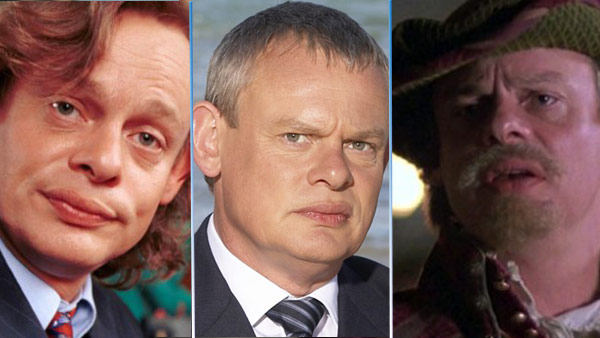 After so many seasons of Doc Martin, it is difficult to imagine the cast performing other roles. From his stern brow to his massive perma-scowl, Martin Clunes will always be Doctor Martin Ellingham. It seems impossible that Clunes could ever play happy or dumb or literally animated.

But these actors have not been pigeonholed. You may have seen them on television or in films and not even recognized it was them. Let’s look at some of the other roles performed by the cast of Doc Martin. 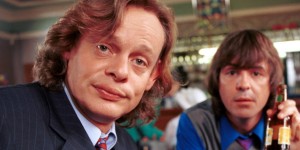 From 1992 to 1999, Martin was the lead in the popular UK sitcom Men Behaving Badly. He played Gary, a thirty year old man-child who lived with best friend Tony, played by Neil Morrissey. They mostly sat around, drank, and talked about women. Although Clunes and Morrissey did happily reprise their roles last October in a short sketch for Channel 4’s 2014 Stand Up To Cancer event broadcast, Clunes has quashed any rumours of a full new series saying it would be “a little bit unsavoury” now that he and Morrissey are older. 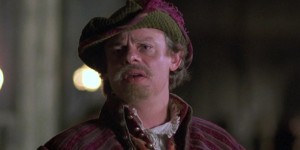 Who’s that handsome devil in the feathered cap? Clunes shows up in the 1998 Oscar winning film Shakespeare In Love staring Gwyneth Paltrow and Joseph Fiennes. He plays the part of theatre owner Richard Burbage who offers his Curtain Theatre to Shakespeare when the play is shut down for putting a woman on stage. 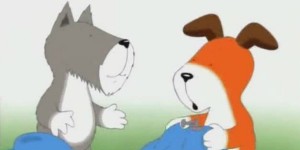 A few details about Kipper The Dog: he is warm-hearted, curious, and voiced by Martin Clunes. Based on the popular series of books, the animated show for pre-school children continues to air on television in Britain. 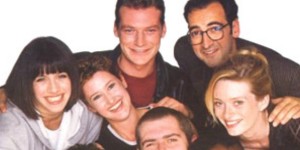 All Quiet On The Preston Front (1994-1997) was a British sitcom about a group of friends who belonged to a local unit of the Territorial Army in the North of England. Caroline played Dawn, a trainee teacher and new recruit to the transport section. 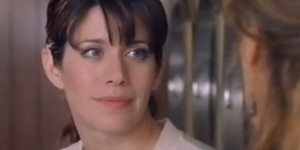 For 27 years, Stephen Downing of Bakewell, England, was locked up for the murder of Wendy Sewell. In 2002, his conviction was overturned after he was exonerated by a buried police report. Caroline played the part of Wendy Sewell in the 2014 TV movie In Denial Of Murder. 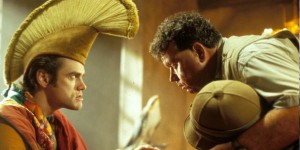 In the beginning of the 1999 Jim Carrey flick, Ace Ventura: When Nature Calls, our hero is recovering from a mental breakdown and is living in a Tibetan monastery. It is Ian McNeice as Fulton Greenwall, a British consulate worker, who retrieves him and serves as his guide through the fictional country of Nibia. 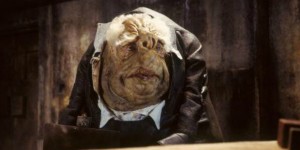 The Vogons are the alien race responsible for the destruction of Earth in The Hitchhiker’s Guide To The Galaxy. In the 2005 film, Ian voiced Kwaltz the dry Vogon bureaucrat who works on the planet Vogsphere. 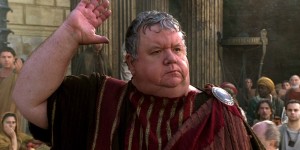 In the days of yore, people had to get their news somehow. Ian made that possible in HBO’s sexy period drama Rome, playing the part of the Newsreader in twenty episodes from 2005 – 2007. 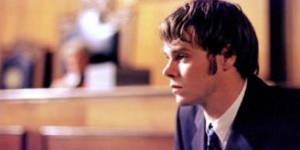 Joe’s big break came in 1997 when he was cast as sulky teenager Matthew Rose on the long-running UK soap opera EastEnders. The character was so popular that newspapers ran “Free Matthew” campaigns when the character was wrongly imprisoned for murder. 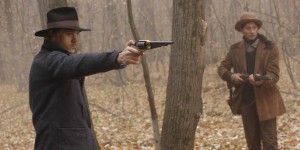 Joe was tapped to play Selkirk McCoy in the 2012 mini series Hatfields & McCoys alongside Kevin Costner and Bill Paxton. The film dramatized the notorious family feud that included Selkirk, the nephew of family patriarch Randolph. 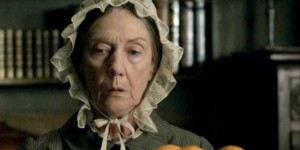 Atkins won a BAFTA and an Emmy for her part in the BBC mini series Cranford. She played Deborah Jenkyns, the moral guardian of a town ruled by women. 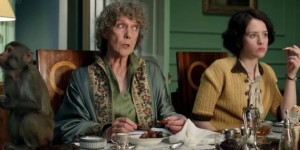 Atkins did not perform in the classic, original 1971 version of Upstairs Downstairs, the show she created with Jean Marsh. However, she did co-star in the 2010 reboot, similarly following the lives of a family and servants of a London townhouse. The New Upstairs Downstairs was cancelled by the BBC after just two seasons. Both series have aired on VisionTV. 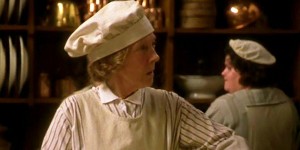 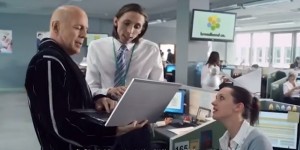 Jessica appeared in a popular Sky TV ad in which a complaining customer, played by Hollywood action star Bruce Willis, discovers unlimited internet. The ad was banned for being misleading. 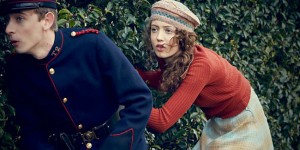 Jessica makes several appearances on the 2014 series Our Zoo, a drama about George Mottershead and his dream of opening a cage-free zoo which he did in 1931.