The Home Fires Burning Question S1E5: Do You Agree with Spencer’s Decision Not to Fight? 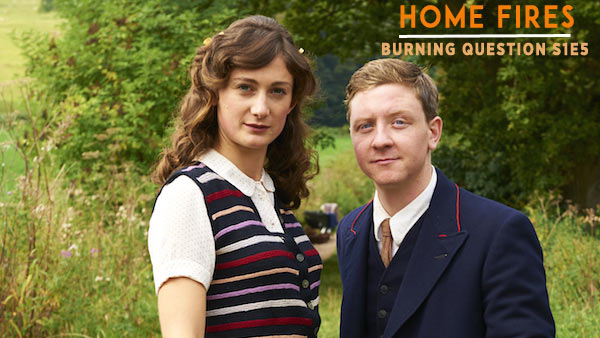 Welcome to this week’s “Home Fires” Burning Question! Before reading and participating in the poll, do note that there are many spoilers ahead.

While wartime often focuses most sharply on the brave individuals who put their lives at stake for their country, those who choose not to fight can be subjected to even more intense attention and in some instances, ridicule.

In Great Paxford, Spencer (Mike Noble) is one of the few young men in the village without military ambitions and will not be en route to battle the Germans in the Second World War. This move, unfortunately, has ostracized him from the community and subjected the letter carrier to many acid tongued remarks.

One day while out on his route, Spencer goes to retrieve his bicycle that’s all of a sudden been blocked by a collection of spiteful villagers. As he gets through the crowd, Spencer notices that his ride has been coated with feathers – clearly, people now see him as a chicken. 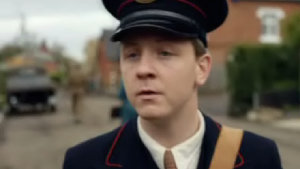 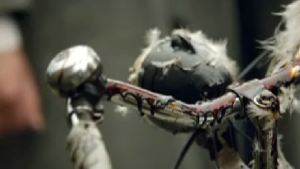 As he takes a verbal lashing from onlookers and feather holders, Claire (Daisy Badger) looks on with concern from a distance. Spencer soon has enough, grabs his bicycle and exits slowly. The jeers continue, leading to an unlikely intervener: Joyce (Francesca Annis.) Not only does she calm the crowd, her words inspire it to disperse.

During the night, Claire visits Spencer at home to check on his well-being. Very quickly, he guides her to a memorial that’s etched with a name that’s hugely important to him.

Spencer: “Earnest Wilson. That’s my father – one of the glorious dead. And, when I got my call up papers, my mum brought me a stack of letters. Each [was] sent from the front, all written in the two months before he died. Every [letter] spoke of his regret of having to kill a German soldier with his bayonet. He couldn’t sleep; he couldn’t get the man’s face out of his head. The begging, the screaming, haunted him constantly. He was still writing about it in the last letter before he was killed.”

Spencer: “Officially, fighting in action. Unofficially…he walked directly into enemy fire without a rifle or helmet.”

Spencer: “I don’t want to kill anyone, Claire. It destroyed me father. I agreed to sign up for the auxiliary fire service and do me duty that way. If that’s not enough to convince people, so be it. But, I am glad I told you.” 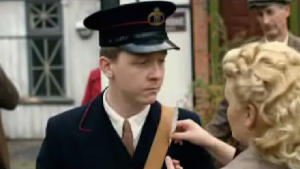 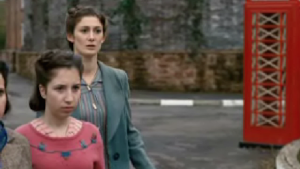 Not too far removed from this pivotal moment between Spencer and Claire, an air raid siren goes off, forcing the citizens of Great Paxford to seek safety. Inside Frances’ shelter, Claire can’t help but think about Spencer. Soon, she riskily races out of there toward Spencer’s home. Claire chooses to remain there with Spencer, even if they may not be in the most protected environment.

Claire has decided not to negatively judge Spencer for his decision not to go to war. But, do you think Spencer should’ve gone to battle even though his father’s experience weighs heavy on him?