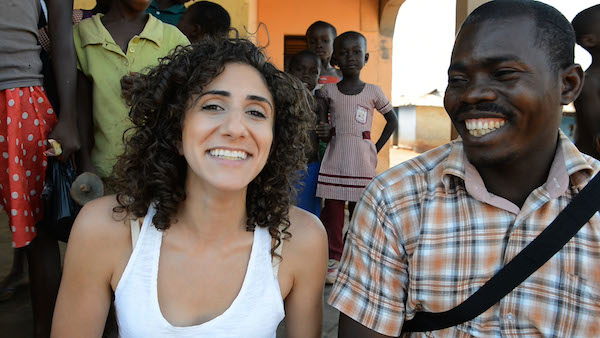 “Doing Jewish: A Story from Ghana,” premieres Monday, May 30 at 9pm ET/6pm PT on VisionTV!

When Canadian filmmaker Gabrielle Zilkha arrived in Ghana, little did she know that she’d embark upon a spiritual journey that would help her re-connect with Judaism.

Zilkha’s adventure began as she flew to Ghana for a six-month stay, partially facilitated by a women’s rights organization that she’d be volunteering with. Upon arriving in the African country, Zilkha admittedly felt a wave of humidity and panic. She had no idea where she would be living, or whom she’d be living with. Her tensions were eased upon learning that she’d be staying at the home of the leader of a Pentecostal Christian church.

Once in Ghana, Zilkha began working, meeting people and enjoying her time away from home. However, as the Jewish New Year approached, Zilkha – who admittedly wasn’t strongly tied to her faith at the time – began to feel a bit lonesome. She felt that finding someone else who was Jewish would be comforting, but downright impossible. However, a timely email from Zilkha’s mother would soon change all that.

In the note, Zilkha was informed of Sefwi Wiawso, a Ghanaian community in which Judaism is practiced. A one-day trip from her place in Accra, Zilkha sceptically got on the road, but was soon met by tremendous inspiration and belief once she settled in Sefwi Wiawso.

“Doing Jewish: A Story from Ghana,” chronicles Zilkha’s tracing of how Judaism reached the region, what it means to the people there who practice it, as well as what the religion needs to not just survive, but also be passed along to younger generations.

Narrated by Zilkha in an intelligent, yet folksy and sometimes humorously self-deprecating manner, this documentary explores a truly intriguing subject without feeling heavy handed or forced. “Doing Jewish: A Story from Ghana” is without question a heart-warming and fascinating film that showcases religion’s ability to cross borders, thrive and unite.

“The experience has led me to understand the difference between ‘being’ and ‘doing’ Jewish. For me and many of the Jewish people in my life, I noticed that Judaism is something you simply ARE – you are born into it, it’s a peoplehood, a lineage, a tradition, a history,” said Zilkha during an interview with Everything Zoomer. “Being Jewish creates a sense of belonging, a sense of connectedness and roots. This is meaningful and fulfilling in its own right but it is also a very passive form of identification. Doing Jewish is an active form of Judaism. It requires engagement – be it through ritual, practice, faith, culture, art or study. I know better than to dare prescribe to Jewish audiences what ‘doing Jewish’ looks like lest you get hate mail from angry masses who disagree vehemently with me. Let us say, ‘Doing Jewish… what does that look like? To each his own!’

She continued: “What I learned from the Sefwis and through my journey is that Judaism does not survive over millennia through passive association or the odd bagel and cream cheese. It takes effort, it takes action. For me, connecting with the Sefwis has made me want to slowly incorporate more Jewish ritual and study in my life.” 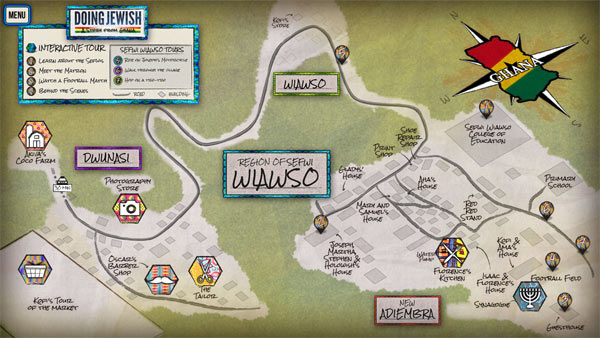 For further information on the film and those who made it possible, please visit DoingJewishTheFilm.com. Also, be sure to check out the website’s interactive tour of the Sefwi Wiawso village. Here, you’ll be able to view an interactive map, 360 panoramas, photo galleries, videos and much more!