50 Ways to Kill Your Mammy S1E4: Boisterous Backpacking in Bangkok 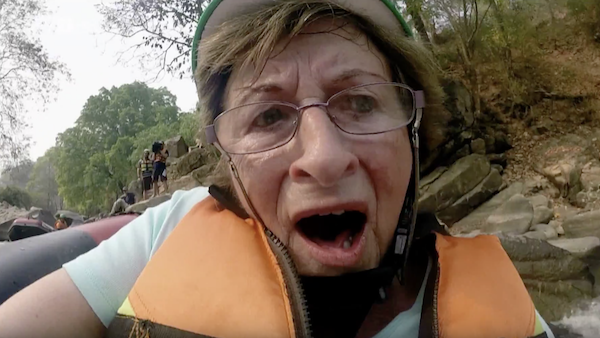 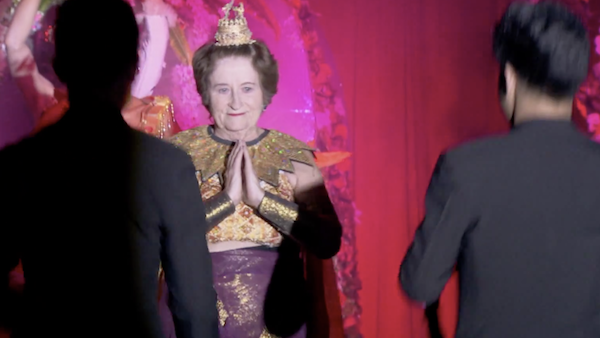 Backpacking across a foreign land can be a challenging situation at the best of times, so imagine what it must be like to do this with your 71-year-old mother. Leave it to Baz to find out.

With Florida recently left in their rear view mirror, Baz decides to take Nancy on a backpacking trip in Thailand. Starting in Bangkok (a place Baz has visited upwards of seven times), the duo set up shop at a local hostel. To Baz’s utter surprise, Nancy is not nearly as freaked out about this lodging arrangement than he anticipated. Now, if she could remember where she keeps leaving her backpack…

Easing into the journey, Baz takes Nancy into Bangkok’s nightlife. She gets dolled up, has a couple of cocktails and then dances with locals and tourists alike. We soon learn that although Nancy despises real tattoos, she was zero issue with someone giving her a temporary Henna tattoo. Of course, Baz wants to get some work done as well, but would like his Mammy to take the lead.

Now, is there any better bonding experience than a mother piercing her son’s nipple in the heart of Bangkok? Perhaps, but on this night, getting his mother to do this to him is something Baz feels very passionate about. However, Nancy has her reservations – namely, cleanliness. 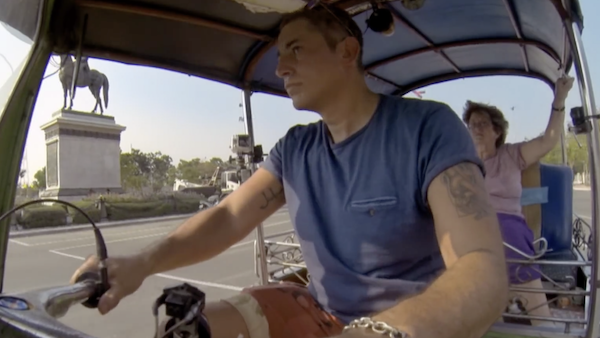 As a former nurse, Nancy is very keen on ensuring that everything being used for this piercing is as clean as clean can be. Once convinced that all proper measures are in place, Nancy’s nursing skills and ability to handle a needle goes into action. Calm and cool, Nancy gives her son the memory he’d been hoping for; she also gave him a new found appreciation for the sharpness of her mind.

Thrilled about the shape the trip is taking thus far, Baz hopes to help Nancy get over any stage fright she might have by taking her to the Playhouse Theatre. There, she will be tasked with learning eight choreographed and costumed cabaret routines, in a matter of hours – she’ll then perform them in front of 400 people. Needless to say, Nancy is instantly stunned by this task and initially struggles with the idea of doing it.

Having performed on the stage numerous times during his career as an entertainer, Baz offers all of the right words of encouragement to Nancy. While her routines appear relatively easy, the nerves are still getting to the Irish pensioner. But, by the time the curtains open, she’s ready to grow her stage legs.

With the rapid-fire costume changes and routines to be ready for, Nancy soon learns that there is zero time to be nervous. Thus, she takes the stage and lets it rip! Whether it was the feathery costumes, the bright lights, or encouraging rounds of applause, Nancy becomes a star and is delighted by her cabaret debut.

However, the following day, the buzz Baz felt over the cabaret experience is at least slightly diminished by Nancy’s struggles to ride in a vehicle he is driving. Testing out a Tuk Tuk taxi, Baz weaves through the challenging roadways with his Mammy harping at him from the backseat. Reflecting on what he considered to be a “bad day” that “wasn’t fun at all,” Baz proclaims that it’s time leave Bangkok.

The next morning, the dynamic duo say goodbye to their hostel and hello to a 14-hour train ride to Chiang Mai. When Baz did this trip many years ago, he recalls it being a hard, crowded ride. But this time with Nancy, the sailing is smoother than anticipated. She loves the atmosphere, finds comfort in the bed and is eager for her next adventure.

“I thought that backpacking with my mum through Thailand…to be honest, I thought it was going to be like drowning kittens,” offered Baz ahead of a white water rafting ride. “I thought it would be a horrific memory that I’d want to bury deep, deep inside me. But, she’s been great!”

Before even entering the raft, Nancy once again fears for her safety. Once in the raft and in the water, it takes a matter of moments for Nancy to believe that she’s falling out. Of course, she’s not even close to doing so. In many ways, however, Nancy seems way more freaked out by this task than any other one she’s done with Baz to this point. But, after going over many rocks and staying afloat despite sometimes-impressive turbulence, Nancy finally understands what experiencing a “rush” is like. 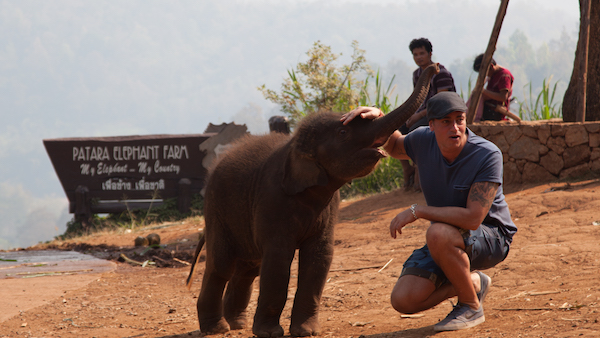 This is when Baz begins to appreciate that at the age of 71, Nancy can’t do everything. But, that’s okay. She’s done – and is doing – so much, it’s hard to fault her for pulling back from certain things. Through it all, Baz remains thrilled by the way his Mammy has handled what he’s put in front of her.

When home in Dublin, Nancy displays a great photo of Baz and she living it up in Bangkok. Growing more confident by the trip, Nancy offers these words of wisdom: “I don’t feel old, I feel great! You don’t get old; you just get older.”

Next week on “50 Ways to Kill Your Mammy,” Baz and Nancy visit South Africa to do some ostrich riding, extreme paintballing and, of course, bungee jumping.