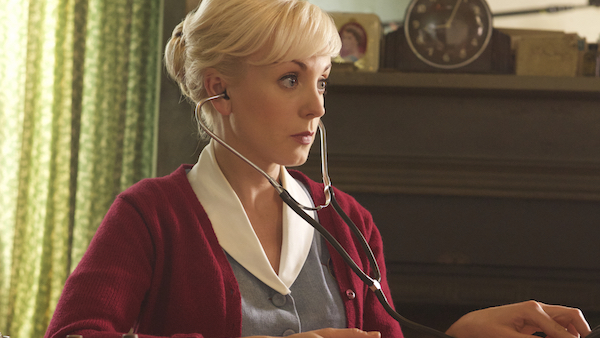 On “Call the Midwife,” Helen George stars as Trixie Franklin, a loveable, yet outspoken character that is tremendously layered. At one moment, she can inspire great laughter and the next she can encourage you to shed a sympathetic tear as struggle greets her.

Considering George’s strengths as a performer, it’s hard to believe that – despite years at multiple acting schools like Arts Educational Schools Tring Park and the Birmingham School of Acting – she initially didn’t feel like much of an actress.

However, this all turned around for George thanks to “brilliant drama teacher,” Karen Rabinowitz, and her willingness to give George an extra push during her time at the Royal Academy of Music.

“I’d gone to drama school before, but never quite felt like I was an actress – she really pushed me so I felt I could do both musicals and acting. I started off doing musicals and I love them, but I also knew I wanted to do straight theatre and film,” explained George in an interview with The Stage. “I had to work really hard – there were a couple of years when I wouldn’t be seen for those sorts of projects and it took me a long time to wade against the stereotyping of musical theatre actors. It’s a shame, because there’s a lot of talent there.” 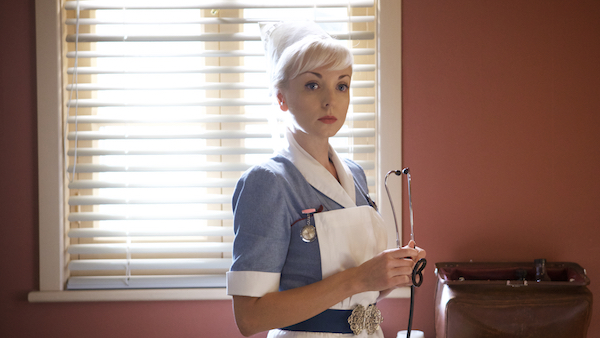 Continued George: “I think that in the last few years, it’s not been getting easier exactly, but there’s been a progression with fantastic casting directors like Andy Pryor who will see people in theatre productions and have the confidence to transfer them to screen. There has been a shift, but definitely when I was younger, it was a battle to be had.”

Like Rabinowitz, Pryor holds a special place in George’s life. After all, it was Pryor who cast George in “Call the Midwife.” As you could imagine, this role has certainly changed the young actress’ life.

“It was really lucky – it was one of those castings where I was in the right place at the right time,” recalled George. “I’d met him for ‘Doctor Who’ a couple of months before and he got me back in for [‘Call the Midwife’]. It was a five-minute audition and I didn’t hear for a couple of weeks, then suddenly I got it. It was supposed to be for six episodes for the summer and I thought: ‘At least I won’t have to waitress’, but [all of these] years later we’re still here.”

This week on “Call the Midwife” (Wednesday, December 7 at 9pm ET/6pm PT), A bright young man is delighted to gain a place at university, but his plans are complicated when his girlfriend discovers that she is pregnant, and he must decide what is the right thing to do. Sister Julienne is seconded to a hospital and witnesses another baby born with very severe birth defects, but what will she tell the unaware mother? Meanwhile, Dr. Turner and Shelagh begin to search for a cause for the birth defects. Trixie and Tom reach an understanding regarding Barbara. 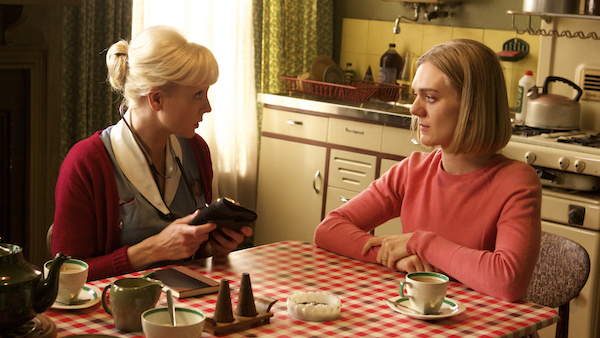