This Bobby Orr Hotel Suite is a Hockey Fan’s Heaven 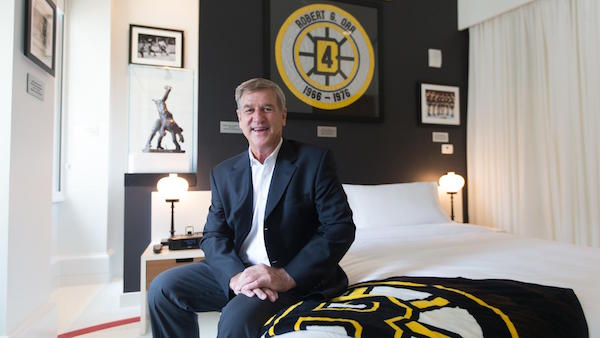 Without question, Bobby Orr is not just one of the greatest Canadian athletes of all-time – he is also one of the best hockey players to ever lace up a pair of skates.

Spending the bulk of his career as a member of the National Hockey League’s (NHL) Boston Bruins, Orr – who is originally from Parry Sound, Ontario – is widely revered in the city of Boston. Now, the remembrance of his Hall of Fame hockey career can be found within the Bobby Orr Suite at the Ames Hotel Boston.

“The Bobby Orr Suite boasts numerous features, including personal memorabilia of Orr’s, which is guaranteed to transport guests’ rink side and help them relive the magical moments shared by Bobby and the Boston Bruins throughout his career,” reads a statement from Ames Hotel Boston.

The suite, which can be booked for $500-$1,500 per night depending on time of the year, looks like a dream come true for fans of Orr, the Bruins, or the good old hockey game. 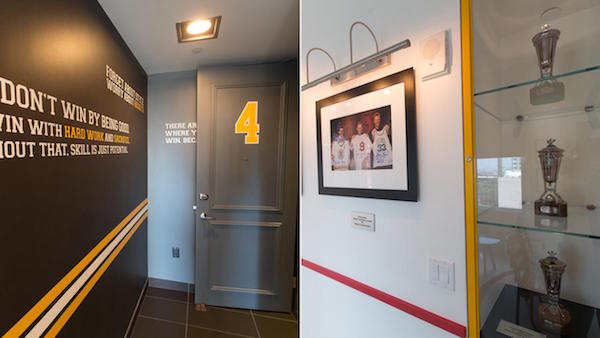 A wall painted in Bruins colours, featuring inspirational quotes from Orr, greet guests upon entry. In the living room, two seats from the original Boston Garden are set up on top of white vinyl flooring designed to look like a hockey rink. Meanwhile, a replica scoreboard is affixed to the ceiling and is frozen at the time in which Orr scored the Stanley Cup-winning goal in 1970.

Other features in the 570 square foot suite include dasher boards, a functioning penalty box, a wooden locker modeled after the one Orr used while playing in Boston, as well as personal artifacts like various NHL awards, game-used hockey sticks, autographed memorabilia from teammates, as well as Orr’s retired Boston Bruins number banner – which hangs above the bed.

While the price of this room may be high, a portion of the proceeds from each stay goes toward the preservation of the Bobby Orr Hall of Fame in Parry Sound. 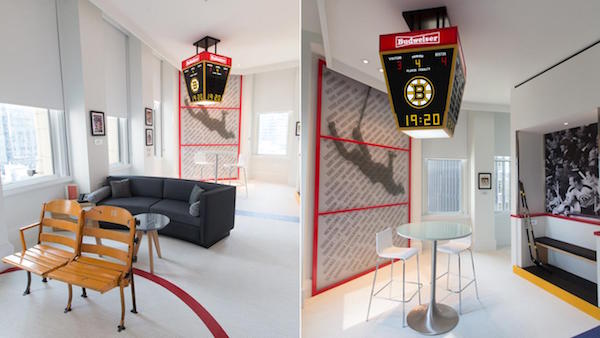