Diane Keaton Says Grantchester Star Should be Next James Bond 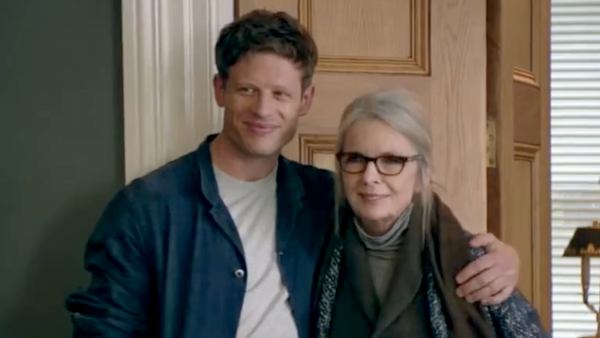 Daniel Craig may still be sliding into the James Bond tuxedo, but that hasn’t stopped many forward-thinking 007 fans from theorizing about who should be next in line at the tailor’s.

To date, a number of famous actors have been suggested as the next Bond, including Aidan Turner (“Poldark”) and James Norton (“Grantchester”). Really, it’s easy to understand why both would receive recommendations. Each actor’s star power is on the rise; their wide-ranging onscreen abilities lend themselves to a role as complex as Bond’s; and neither is hard on the eyes.

However, if you were to ask Hollywood icon Diane Keaton about who she thinks the next Bond should be, her preference is clear: Norton. James Norton.

“Don’t you think he’s going to be the next James Bond?” said Keaton, 71, who stars alongside Norton in the upcoming film, “Hampstead.”

In this interview with The Daily Mail’s Event Magazine, Keaton added: “We were all talking about it on the set of ‘Hampstead.’ He ticks every box. He’s beautiful, he’s a man, he’s very sexy, he is smart and he even went to Cambridge.” 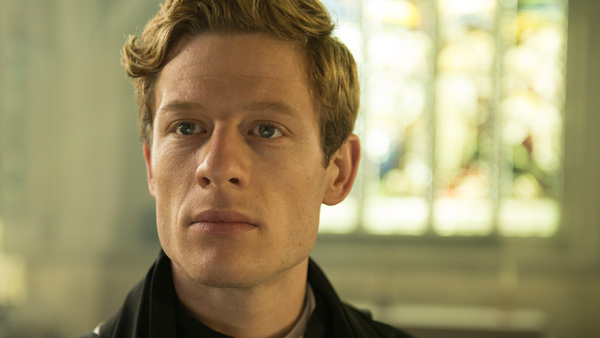 When informed of Keaton’s recommendation, Norton couldn’t help but appear humbled, if not mildly embarrassed.

“I can’t quite believe she said that,” offered Norton. “Just to be mentioned in the same sentence as James Bond is a pretty big compliment as far as I’m concerned. But so far, even though people talk about it, it’s just speculation.”

In jest, Norton went on to note that if he were ever up for the role of Bond, Keaton would have to be cast alongside him.

“If it ever comes to pass that there is in the future even the remotest conversation about Bond, there will only be one condition as far as I am concerned, which would be to have Diane Keaton as a Bond girl,” relayed Norton. “I don’t see why that couldn’t happen. She’s beautiful, she’s [as] iconic as Bond himself.”

As the Bond talk continues to float around Norton, the actor will star in this year’s anticipated remake of “Flatliners.” Norton will appear in this sci-fi drama alongside Academy Award-nominee, and proud Canadian, Ellen Page. “Flatliners” will be in theatres starting September 29. You can view the official trailer below.

For fans of Grantchester, do note that season two of the series will premiere on VisionTV in March 2018!