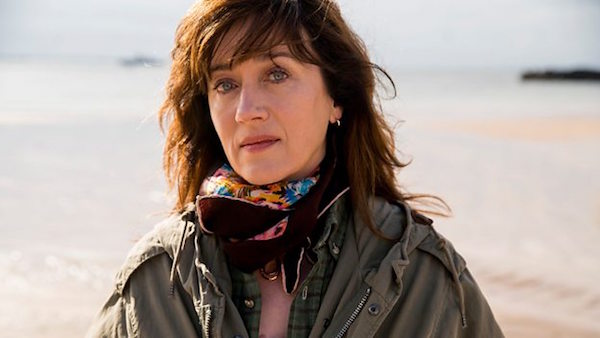 This week (Wednesday, July 19 at 10pm ET/7pm PT) on “Redwater,” Eileen reveals her plans for Cois Dara – she is convinced that they will transform the farms future. Eileen also wonders if she might have a future with Peter too – they are both single and seem to have a connection.

In this Q&A, actress Maria Doyle Kennedy gives us the nitty gritty about her “Redwater” character Roison.

Q: Tell us about Roisin’s character

MDK: “Well, she’s like most people in real life; she’s quite complicated and completely different outwardly to her inner self, which she keeps hidden. Like a lot of people that I’ve encountered that have chosen, or in her case, been given farming as a life, she’s very practical, very stoic and keeps a lid on most of her dreams and passions as there’s not much room for them in her life. She’s quite dutiful – there’s not that much time left for other things.”

Q: What role does she have in the family?

MDK: “Roisin feels that she’s the next in line to Lance and Agnes. She’s the one who’s chosen to stay on the farm, whereas her sister Eileen left, so most of the responsibility has been left to her. Especially now that Lance and Agnes are getting older and her own husband seems more interested in his artistic life. Her son Andrew helps her and is a huge support, but she bears most of the responsibility for keeping things going, moving the farm forward and financially supporting them all.”

Q: What kind of relationship does she have with her husband Padraig?

MDK: “I guess they were in love once. They married and had a child very young but you get the feeling it was a sort of youthful, possibly impetuous courtship and decision to marry that maybe hasn’t worked out quite the way they thought it would. She probably chooses to stay in the marriage as that seems the thing to do. He’s not a bad person in any way and every so often you get flashes of how they might have been and see some tenderness between them, but mostly they seem quite irritated by each other and tend to avoid each other to avoid conflict or confrontation.” 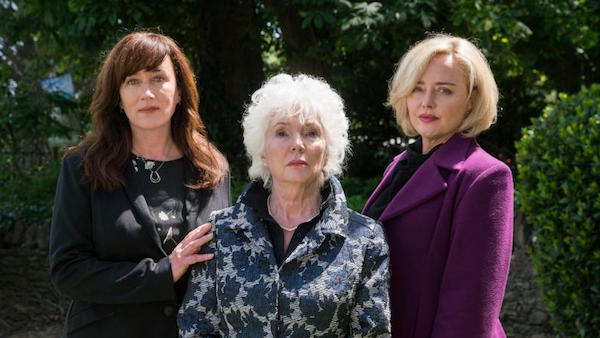 Q: How is Roisin’s relationship with her sister Eileen?

MDK: “Her relationship with her sister is very interesting and it’s particularly lovely for me to get to play it with Angeline, who’s a friend. We’ve worked together before but it’s really lovely to be doing it again. There’s an added dynamic of having known each other for 25 years, so we have a strong bond and tease each other almost like sisters, so its fun to have that extra layer of understanding and a shorthand between us.

“There’s a certain amount of resentment on Roisin’s part; she’s here and has always been holding the fort and while’s there’s a valid reason for Eileen to have left, at the same time I suppose she feels that Eileen got the chance to do something new. Roisin never had that opportunity – not that she would have necessarily ventured far – but I think she would have liked just a little peek outside to make the world a bit bigger. They spark off each other in that way that sisters do – they’re very sharp, very sarcastic. They’re akin to a match and kindling, but there’s something strong between them.”

Q: Is Roisin close to her son Andrew?

MDK: “Roisin seems very close to Andrew and his family, but is almost overprotective of him in a way. He’s a young man with his own family and she seems a little too involved and close to them – I wonder if that comes from a shared tragedy in a a family like the one they experienced. She relies on her son in a way that she doesn’t rely on her husband. She’s imagining the that the farm will go on through the line from Lance and Agnes to her and then on to Andrew.”

Q: What is Roisin’s initial take on Kathleen?

MDK: “Roisin is quite blasé about Kathleen and Alfie. People often come to Redwater on holiday, it’s a pretty seaside town. I don’t think she thinks too much of them except that they’re kind of unusual and Kat is a bit chattier than most. I don’t think Roisin is in any way suspicious or thinks that there are darker motives for them coming to Redwater. She wonders a little why Agnes is so hard on Kathleen – it takes Roisin a while to understand any extra motive that Kathleen might have for being there.”

Q: What impact do the events that follow have on Roisin?

MDK: “I think that the whole series of events spark a realisation in her of what might have been in her life. While she’s been very stoic and dutiful and responsible, the practical one shouldering the fortune of the farm, and the whole turmoil that comes about pulls away the veneer from the life she had been living. She understands that she has not really been living, she has simply been repressing her feelings in order to get through the day/week/year. Suddenly, as a woman who is 50, she re-evaluates her life. In midlife realising that it’s now or never, she’s going to make a change now or live this way for the rest of her life. It is shocking for her to see that and what she gave up and she’s wondering if there is a still a chance for happiness left for her.” 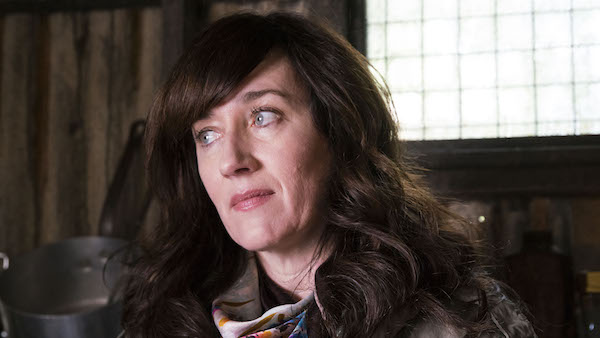