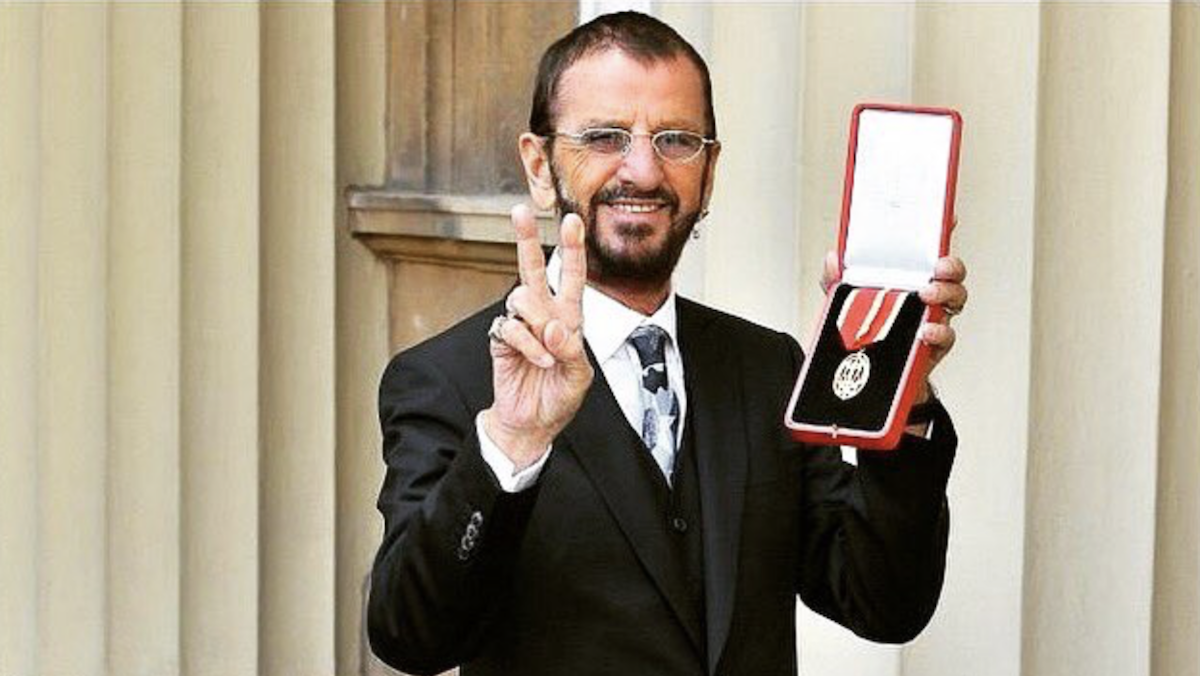 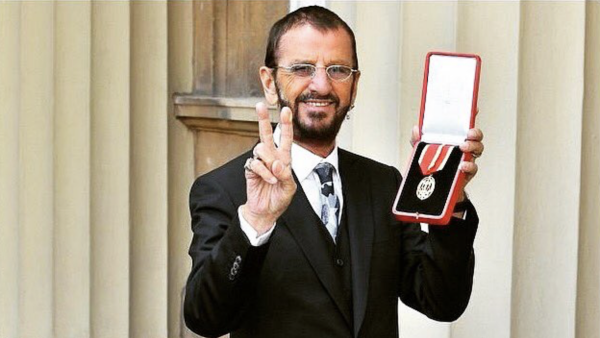 In the music world, saying that you were a member of The Beatles pretty much tops any accolade anyone else could ever receive. As for surviving members of The Beatles, having momentous honours bestowed upon them doesn’t seem to get old.

Today in the U.K., Ringo Starr – under the name of Richard Starkey – received his knighthood at Buckingham Palace from Prince William.

“It means a lot,” said Starr of the honour. “I’m sort of shocked in a way. I was sitting in L.A. and the [announcement] came and I was so surprised. 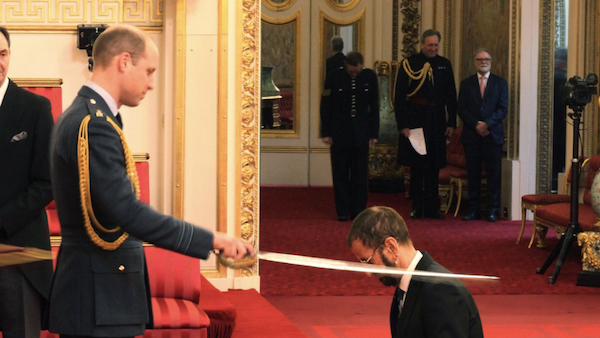 “But I think it’s an honour,” continued Starr, who received the knighthood for his services to music. “A lot of people I don’t know wrote letters saying ‘congratulations, it’s about time,’ but for me the time is when it arrives, and that’s now. I just never thought of it. I just got on with my life and here we are. As I said, I’m just really surprised.”

In 1965, The Beatles received the Member of the Order of the British Empire designation. Thirty-two years later, Paul McCartney received his knighthood.

“I had dinner with [Paul] last week and we were both actually laughing about where we came from,” reflected Starr. “We’ve ended up in the palace and it’s now Sir Paul and Sir Richard. We never even thought of that. It’s not like we were like, ‘well one day.’”

When it was learned in December 2017 that Starr would receive his knighthood, McCartney couldn’t have been happier for his friend.

As prideful as Starr felt about today’s event, he couldn’t help but also feel a bit nervous: “I was a bit shaky today on my own.”