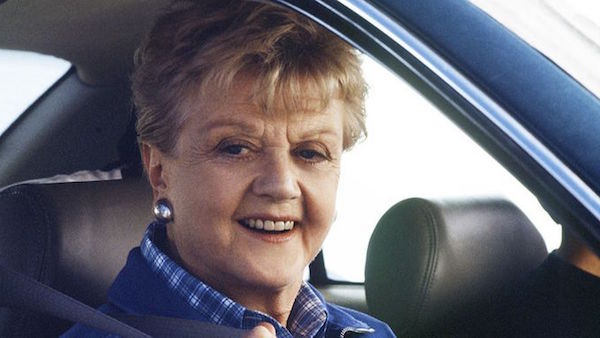 Tuesday brought the sad news that the legendary Angela Lansbury had passed away at the age of 96, just 5 days shy of her 97th birthday. A statement from her children announced that she passed away peacefully at home in Los Angeles, after a long career and full life.

The multi-talented Murder, She Wrote star was nominated for 12 Emmy Awards for playing beloved sleuth Jessica Fletcher. She was also nominated for 3 Academy Awards and honoured with an honorary Oscar, and was renowned in film, television, and theatre, also earning 5 Tony Awards.

An outpooring of love and admiration for Lansbury began across social media as the news broke. Take a look at how the industry and Angela’s peers are reacting to the passing of the beloved actress.

So privileged I got to spend time with this incredible woman. No one like her. 💔 Rest In Peace, Ms Angela. ⁦@_AngelaLansbury⁩ ⁦@KerryButlerNyc⁩ ⁦@BrillCorey⁩ #GoreVidalsTheBestMan pic.twitter.com/dewX3lU0LL

Angela Lansbury, who graced the stage for decades winning five Tony awards and brought the sleuthing Jessica Fletcher into our living rooms for a dozen years, has passed. A tale old as time, our beloved Mrs. Potts will sing lullabies to us now from the stars. Rest, great soul.

Frank Sinatra Enterprises are deeply saddened by the passing of Dame Angela Lansbury who worked closely with Frank Sinatra in ‘The Manchurian Candidate.’ Our deepest condolences to her family and loved ones during this time. 🕊 pic.twitter.com/V62KJ08fJc

2012. And this VERY excited #theaterkid got to meet her, after one of our shows at Godspell. She poured so much love into each of us. An icon of the stage, and legend across so many mediums but, we all knew…she was always one of us :). Thank you, Angela Lansbury. Thank you. pic.twitter.com/mug68Qg0WR

Nobody did Mame quite like her. Rest in peace, Angela Lansbury. Thank you for your art & wisdom 💔 pic.twitter.com/6NajtxKMa3

Thought you would live forever. What an absolutely beautiful legacy you’ve left. You have influenced generations of actors to aspire to excellence. Rest well!!! May flights of angels…❤️❤️❤️https://t.co/QCwAYzELus

I will NEVER forget the magical night I got to perform in front of and get to MEET the legend, Angela Lansbury. She was a true giant and a kind, humble and charming person. I’m blessed to have met her. Rest In Peace pic.twitter.com/66dlAJmjlj

Tributes from fans have also begun to pour in.

My favorite fact about Angela Lansbury is that during her MURDER SHE WROTE era she made it a practice to hire guest actors of the golden age that had aged out of the game because it allowed them to earn the union points they needed for insurance, pensions, etc.

Imagine single-handedly fending off a Nazi invasion using witchcraft and that not even being your most iconic or best remembered role. Angela Lansbury had the range. pic.twitter.com/VNyASfOgGe

I loved Murder, She Wrote in which a middle aged woman without a husband or children lived a really full, exciting life and kept being invited to things even though people dropped dead at every house party she attended. RIP wonderful Angela Lansbury.

it’s hard to describe Angela Lansbury’s career because she truly worked with everyone and in everything pic.twitter.com/JW01XDSoBc