The incomparable Dame Judi Dench stars alongside her husband, Michael Williams, in this much-admired Britcom about two middle-aged misfits and their bumblings along the road to true love.

Laura Dalton (Dench) is a 37-year-old translator, single and socially inept. Mike Selway (Williams) is a shy gardener who is also single. Laura’s sister, Helen, (Susan Penhaligon) is anxious to see Laura ‘married off’ and she and her husband Phil (Richard Warwick) introduces her to Mike at a party. They pretend they are getting along well to keep Helen happy.

Eventually, their pretense gives way to an undeniable connection, but not without plenty of awkwardness.

A Fine Romance was first broadcast in November 1981 and four seasons were produced. We will be premiering all 4 seasons from Sept. 8, 2020 through March 3, 2021. 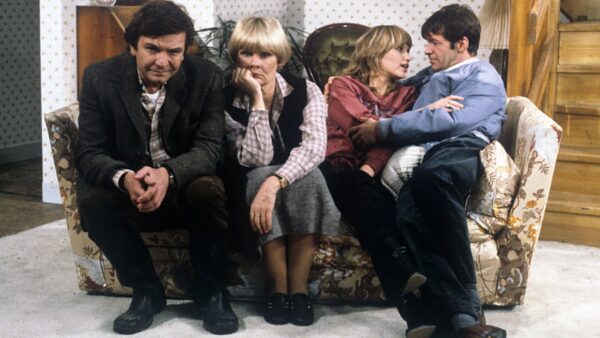