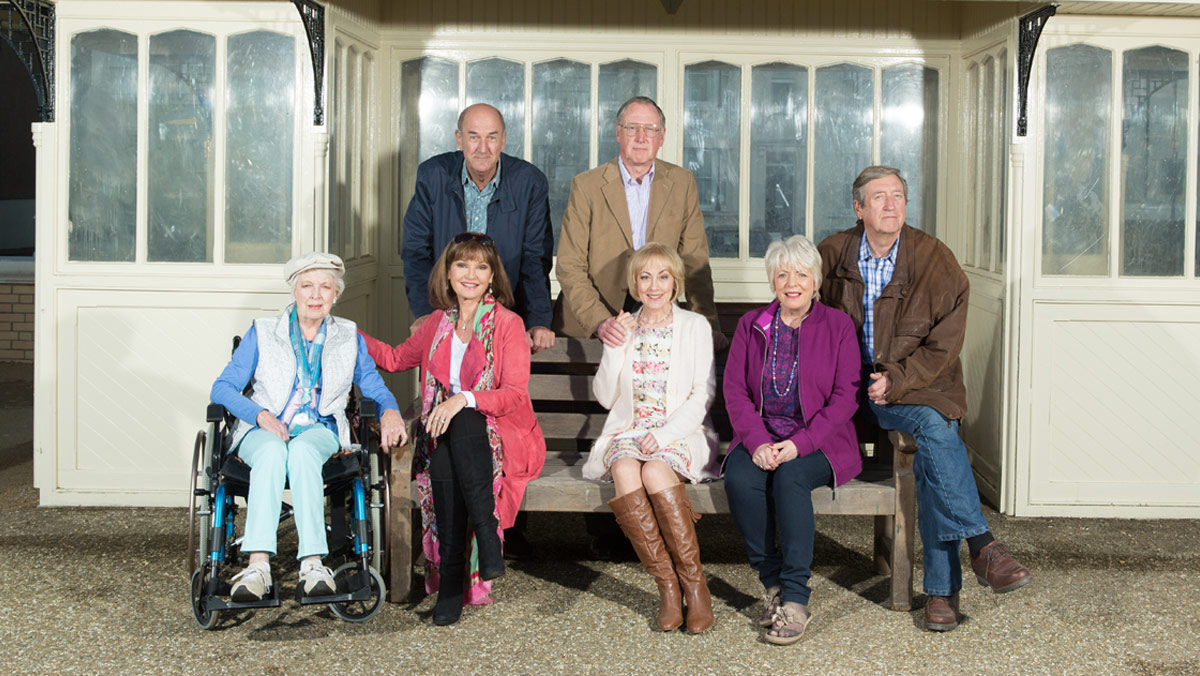 “Life is a long journey. If we’re lucky, we’ll make some friends along the way. If we’re unlucky, they’ll stay in touch.”

There’s Alan and Joyce (Phil Jackson and Alison Steadman), who are coming at retirement from very different directions; Alan wants to slow down, Joyce wants to speed up. Alan tries to avoid as many of Joyce’s social commitments as possible, but downsizing to a bungalow has meant there are fewer places for him to hide.

John and Maureen (Russ Abbot and Stephanie Beacham), living in their gadget filled dream house, adventurous in every aspect of life including the bedroom. For them 60 is the new 40, however there’s a reminder of what’s around the corner with Maureen’s ever present mum Joan (June Whitfield).

And finally there’s Trevor and Carol (James Smith and Paula Wilcox) who’ve got non communication down to such a fine art, that if Carol spent a weekend away, Trevor might not even notice.

30 years of living in each other’s pockets have shown the benefits and drawbacks of the group staying friends.