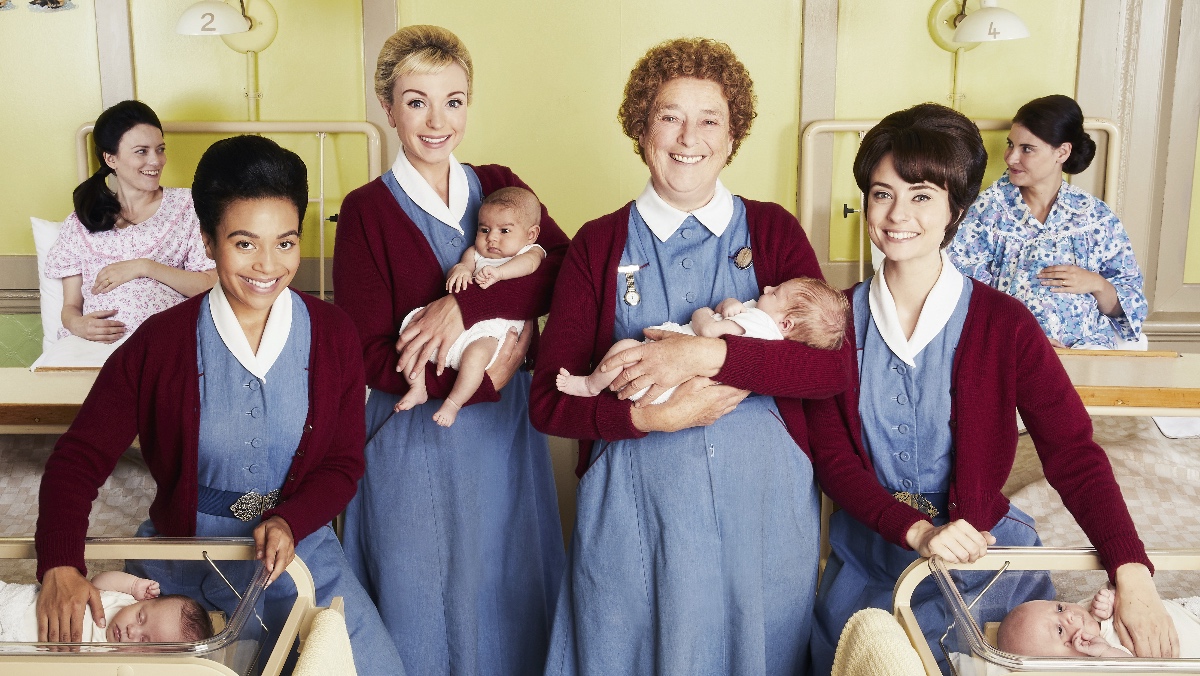 Call the Midwife, the moving, poignant, charm-filled and true-to-life look at the colourful stories of midwifery in East London from the 1950s into the 1960s, has been captivating millions since its premiere on BBC in 2012 with powerful, emotional story lines brought to life through exceptional writing and performances.

A fascinating portrayal of birth, life, death and a community making its way through times of huge social change, Call the Midwife offers a gripping insight into a world that is so drastically different from how we live now.

We’re thrilled to present our network premieres of Call the Midwife Season 8 and Season 9 on Tuesdays at 9pm ET from Sept. 8 through Dec. 22, 2020.

WE DID IT AGAIN!! Call the Midwife wins Best Family Drama at the TV Choice Awards for an amazing sixth time!! 🎉🎉🎉🙌🥂 Thanks you to everybody who voted for us! ❤️❤️❤️ You can see the whole ceremony at https://awards.tvchoicemagazine.co.uk #callthemidwife #tvchoiceawards2020

Season 8 continues to explore complex medical and personal situations on the midwifery and district nursing rounds. It is now 1964 and it’s evident how the times are changing: from the beacon of the contraceptive pill and the shadow of the 1967 Abortion Act, to the introduction of a new cancer-screening programme. The nuns and nurses continue to face a variety of challenging issues including interracial adoption, cleft palate, sickle cell and cot death. And for one of the team, romance could be on the horizon.

SEASON 9 (NOV. 3 – DEC. 22, 2020)
In Season 9, the medics and midwives of Nonnatus House are entering a bold and innovative era in the mid-60s. They face unexpected challenges as the population shifts, rules change, and old diseases come back to haunt them. Meanwhile, their own experiences are fueled by love, loss and doubt. And the very future of Nonnatus House comes under threat.

Based on the best selling memoirs by Jennifer Worth, Call the Midwife follows the lives of a group of nurses and nuns of Nonnatus House whom are all full time midwives in the poor, working class east end London borough of Poplar. The series first focused on the arrival of young nurse Jenny Lee (Jessica Raine) and has since introduced us to many more key characters throughout nine seasons to date.

Created by Heidi Thomas and produced by Neal Street Productions, Call the Midwife is the highest rated drama in BBC history and has become a major favourite of VisionTV viewers, as we’ve been the Canadian TV home of this multi-award winning series since its beginning. Honoured by both the BAFTAs and UK National Television Awards, Call the Midwife has won 13 TV industry awards to date.