Welcome to the Canadian broadcast home of Downton Abbey, the British costume drama that has become an international entertainment phenomenon with rapt viewers in over 100 countries and multiple industry accolades. From the Oscar winning pen of Julian Fellowes (Gosford Park) comes the enthralling and happily addictive saga of the aristocratic Crawley family, their colourful staff and the sprawling, extravagant Yorkshire estate they all call home. Their stories brimming with romance, intrigue, heartache and humour are as grand and sweeping as their beloved country domain.

This wonderful series is definitely something to Tweet about!Just use the #downtonVTV hash tag to get in on the conversation.

Join us on Twitter/Facebook

Downton Abbey’s Highclere Castle has a very intriguing connection to the birth of Canada. Find out what that is here. 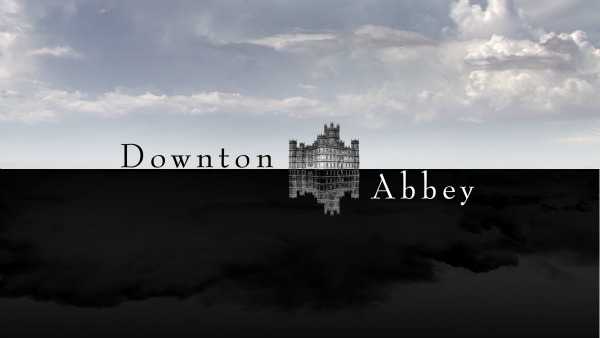 With three series now complete and a fourth in production, we’ve journeyed with our favourite abbey inhabitants – and the ones we love to hate – through close to a decade of their lives. From the sinking of the Titanic in 1912 to the horrors and strife of The Great War, on to the changes and challenges of the 1920s, Downton Abbey and its inhabitants have stood tall.

From January through May 2013, join us to discover, catch up or relive the blockbuster series that has already won 9 Primetime Emmy Awards, 2 Golden Globes, 2 BAFTA awards and more. Fall for the irresistible charms of Downton Abbey for the first time, or all over again.

Take our latest fun poll and see how your opinion stacks up with other Downton Abbey devotees! Come back often to see how your pick is doing.

PREVIOUS POLL: What’s your prediction? Which of these Downton Abbey leading actors might be found on an Oscar ballot in the future?

PREVIOUS POLL: Which of these Downton Abbey female rising stars will be the first to have a leading role in a Hollywood film that tops the box office?

If you love Downton Abbey, we know you’ll also love this.

ZoomerMag.com says, “The small screen is sizzling with the Edwardian period soap opera, Downton Abbey, and it’s not just the beautiful costumes, set and gorgeous cast.” Read the rest of their Going Downton article.

In 2012, our Destination Downton Country Contest awarded a once in a lifetime, 10-day trip for 2 to England during Queen Elizabeth’s Diamond Jubilee celebrations from DH Tour, London and U.K. Specialists! Watch our Contests Section for more exciting opportunities to win coming your way this year!

Listen to an interview with Zoomer Magazine Deputy Editor Kim Izzo on the Downton Abbey phenomenon:

As the 2013 award season begins, Downton Abbey and its stellar cast and crew have been honoured with a number of nominations so far.

In 2012, Downton Abbey was the proud winner of six honours from the 63rd annual Prime Time Emmy Awards, as well as the 2012 Golden Globe Award for Best Mini-Series.

WHAT THEY’VE SAID ABOUT DOWNTON ABBEY:

One of the great melodramas of the modern television age. – Hollywood Reporter

In this land of egalitarianism, viewers are eating up this upstairs-downstairs tale — and rooting for the British gentry — with a silver spoon.

Everyone loves “Downton Abbey.”PBS’ biggest hit in years, it’s won Emmys, a Golden Globe and the critics’ hearts. We are all smitten with the elegant writing, the fabulous cast (Maggie Smith! Weekly!), the marvelous setting and the chance to wallow in the social mores and accouterments of another age.
–Los Angeles Times

More than 15 million viewers in the U.S. and U.K. are having a love affair with the palace-size hit, which has reinvigorated period drama and earned raves around the world. – TV Guide

The British series, about the aristocratic Crawley family and their titular home, goes down so easily that it’s a bit like scarfing handfuls of caramel corn while swigging champagne. – New Yorker

A cult hit! It is hard to open a newspaper or click on a news website in America at the moment without reading something about Downton Abbey. – BBC

You might have seen your friends posting about it on Facebook and Twitter, read about it in Entertainment Weekly … absolutely everyone is talking about Downton Abbey. – Gawker.com

Move over, “Mad Men” and Kim Kardashian. There’s a new darling in U.S. pop culture, with a much posher accent and even fancier clothes.

Roger Ebert has stepped outside the movie realm to praise it in his blog. Saturday Night Live spoofed it. Mob Wives star Big Ang Raiola recited favorite quips for Us Weekly. – The Daily Beast