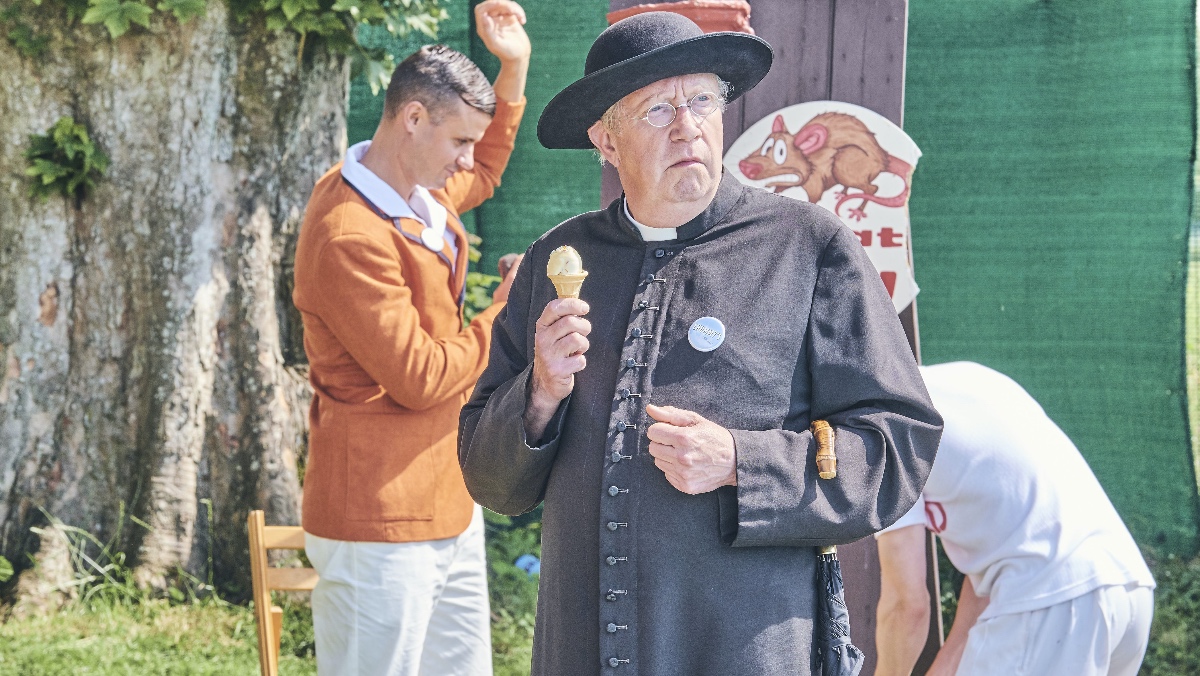 PROGRAMMING NOTE: Father Brown will move to Mondays to Fridays at 3pm ET / Noon PT starting Sept. 2, 2022 starting with the very first season of the series. Watch for our premiere of Shakespeare and Hathaway Mondays at 8pm ET starting Sept. 5.

Catch Mark Williams as Father Brown, the charming, witty, murder-solving Minister in the Cotswold village of Kembleford in the 1950s. Assisted in his efforts by a motley, and not always godly, squad of allies, he investigates crimes to piece together the truth and save his parish’s souls.

He might seem mild-mannered but, his gentle nature and crumpled look belie a razor sharp wit and intellect. Father Brown is aided in his crime-solving activities by his parish secretary, Mrs. Bridgette McCarthy (Sorcha Cusack), who checks his facts and defends him from the frustration of his congregation and makes sure he eats.