Elad is a professional cyber hacker who spies on terrorists. He goes undercover online to infiltrate Dark Web chat rooms and “stores” where heroin and opiates are sold. Women are traded in sex slavery. Weapons are purchased. The buyers and sellers are criminals and terrorist militias. Elad finds a Dark Net Syrian market where suicide bomber vests are on sale for $200 each. A Tow Missile capable of levelling a small building goes for $5000. Tank shells sell for $300.

Follow the Money features interviews with cyber crime and counter terrorism experts who expose how terror militias throughout the Mid-East, North Africa, Pakistan, and Afghanistan have forged alliances with criminal networks worldwide to sell drugs, weapons, and stolen art to fund Al Qeada extremists, Jihadi idealogues, and other terrorist organizations around the world.

Yaya J. Fanusie, a former counter terrorism analyst for the CIA explains how Bitcoin, Monero and other new untraceable digital currencies are enabling terrorist groups to bypass traditional banking systems and move billions across borders to buy weapons and ammunition to finance their terror operations against Israel, and around the world.

Canadian, British and American forensic experts in Libya and Iraq trace the illegal sales of weapons and ammunition to terrorists by tracking serial numbers. Al Qaeda, for example, provides the criminals with smuggling routes from Sub-Sahara to Europe’s shores where they sell drugs and traffic humans.The forensic experts find a crate of Chinese AK 47 automatic rifles that were used by ISIS and AL Qaeda fighters to kill six Canadian aid workers in Burkina Faso.

Former RCMP and DEA undercover officer, Chris Mathers posed as a criminal money launderer for years. He explains how the drug partnership between terror militias and organized crime works and how the money is laundered. “These terrorist groups are organized crime,” says Mathers. ”They sell drugs, they move weapons, they traffic in people. Hezbollah is a major drug-trafficking organization.”

Follow the Money shows how the Hezbollah militia is working with Venezuela’s VP Tareck El Assiami and Latin American drug cartels to generate hundreds of millions of dollars in drug revenue to buy weapons, missiles, and pay militia salaries. The documentary also investigates how one Canadian NGO’s charitable status was revoked after revelations that its funds were made available to finance the Hizbul Mujahideen terrorist organization.

Money is oxygen for terrorists and militias. Without money there are no weapons, and no salaries to pay militiamen. After 9/11, following the money led the FBI to the evil mastermind behind the attack. If Canada, the US and their allies can choke off terror financial lifelines, Follow the Money shows that they can kill their ability to kill, and inflict horror and destruction around the world. 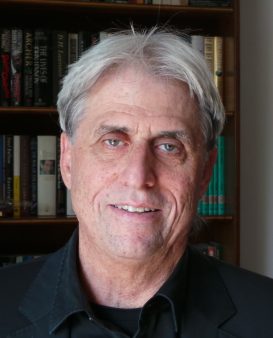 Filmmaker Martin Himel has worked as a foreign and war correspondent for 25 years for CTV, Global TV, FOX, and a producer for ABC NEWS. His television series, documentaries and news coverage have exposed major issues including the rise of religious persecution and radicalization throughout Europe, the Middle East, Asia, Africa, and the Americas.