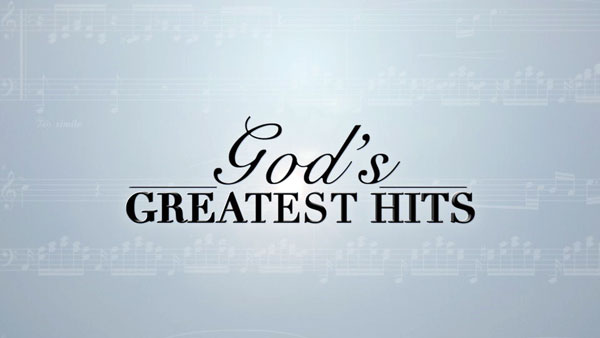 Learn the history behind some of the most well-known and loved songs in the world in this five-part series exploring the most divinely inspired music of all time.

Because music is so subjective, it is very difficult to pronounce any single piece the most holy or most divine. The five selected for this first of its kind documentary series are not only popular and moving, but have stood on their own throughout history: Amazing Grace; Hallelujah; Ave Maria; Wade in the Water; and Abide With Me.

God’s Greatest Hits, not only combines contemporary renditions and archival performance footage, it goes behind the music and gives the fascinating history of each selection. Breathtaking performances are intermingled with discussions with musical luminaries, including critics, world class musicians and religious experts.

Viewers will come away with a new appreciation of music they already know and love.

Amazing Grace is the world’s most popular hymn, estimated to be performed over 10 million times annually. Its message of redemption and forgiveness is so universal – it is said that people are born into this world with this song already in their soul. In this episode sixties icon Judy Collins discusses her role in its popularization and the Blind Boys of Alabama perform a stirring yet unconventional rendition of this classic piece.

For almost 250 years, audiences have been getting to their feet and standing for the Hallelujah chorus of Handel’s Messiah, and we experience that power with performances by The Aradia Ensemble and The Mormon Tabernacle Choir. Equally powerful is a viral “flash mob” video from a little foot court at the Welland Mall in the Niagara Region. 34 million people can’t be wrong.

So many composers have interpreted this musical masterpiece over the centuries. In this episode we’ll explore both the Schubert and Bach/Gounod versions, along with a recently created arrangement of the classic by composer Omar Daniel for string quartet and soprano. Featuring the Cecilia String Quartet, Bobby McFerrin and The Nathaniel Dett Chorale.

Wade in the Water

Wade in the Water was literally lifted out of Exodus in the Old Testament and became an anthem for African American slaves. It is said to contain explicit instructions to fugitive slaves on avoiding capture when seeking freedom. In this episode the Fisk Jubilee Singers test out a new arrangement, Sweet Honey in the Rock perform a cappella and Dione Taylor belts out a stirring blues version.

Scottish Anglican Henry Francis Lyte wrote Abide With Mewhile he lay dying of tuberculosis, which may be why it is such a moving call for God’s company. It has been recorded by a wide variety of artists including jazz legend Thelonious Monk, and is sung prior to kick-off at every FA Cup Final. Featuring stunning performances by the community of All Saint’s Church in Brixham UK, the birthplace of the hymn; along with Canada’s own Nathaniel Dett Chorale and The Priests.