In this fascinating new series, renowned actress Dame Penelope Keith travels through Britain’s charming villages to uncover what makes these places so unique and special.

Armed with her beloved vintage ‘Batsford’ travel books, Penelope explores the rich artistic, literary and royal histories of each region, discovers how time has changed village communities, and seeks out quirky local traditions which continue to this day.

From county shows and village fairs to fertility dances and ancient ceremonial gatherings, she seeks out the community heartbeat of each village. She meets remarkable characters and joins in with everything from dangerous carriage driving events to vegetable gala competitions along the way, showing how even the horn dancers, cheese rollers and tree kissers of this world benefit from the continuance of these traditions.

Her journey takes her to some of the most picturesque and hidden landscapes in the country, spanning the stunning location of Steven Spielberg’s War Horse, Castle Combe, and the site of the original English Country Garden, through a village that hasn’t changed in a century, and even to the Queen’s own vegetable patch at Balmoral.

Join Penelope on her mission to find out why we love villages so much; what’s disappeared, changed and stayed the same – and what’s the secret to their longevity? 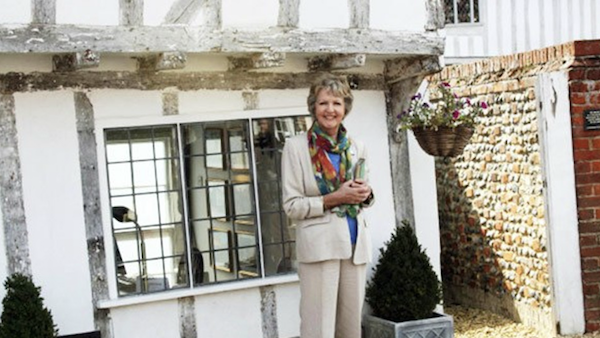 Penelope begins her journey with a trip to East Anglia. While there, she attends a regatta on the Norfolk Broads, takes to the skies over the village of Little Snoring, learns to speak like a native of the county and attends a fete – complete with a performance by wheelbarrow display team the Red Sparrows. 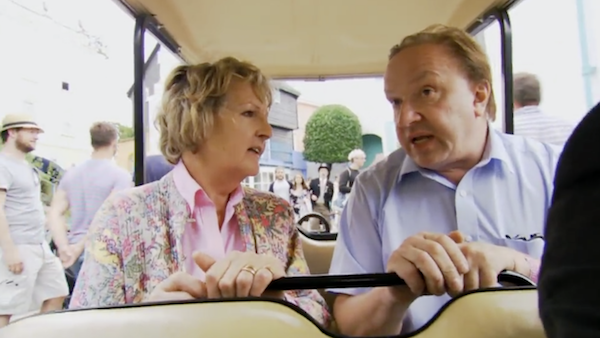 In this episode, Penelope travels to the industrial heartlands of north-west England and north Wales, where she explores a Victorian garden in the shadow of a nuclear power plant, finds out about burgeoning tourism in Snowdonia, and goes to her first music festival.

Penelope concludes her first trip with visits to Dorset, Somerset and Wiltshire, where she sees villages that have been used on film and TV. These include the community where To the Manor Born was filmed, and the setting of Steven Spielberg’s War Horse, Castle Combe, where she also discovers a motor racing circuit.

S2 Episode One: Devon and Cornwall 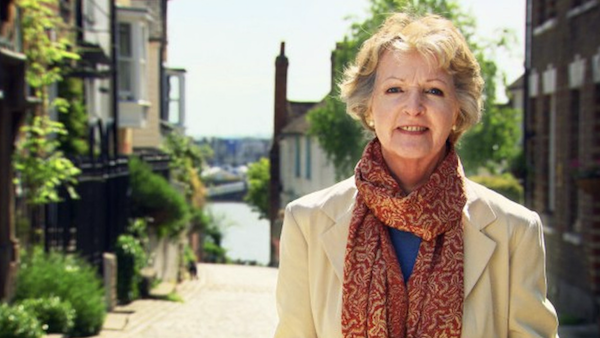 In the first episode, Penelope is in Devon and Cornwall – a land of rugged coastal communities and distinct identities forged over centuries, but also a region visited by five million people each year. She finds out that ancient traditions are certainly being kept alive and travels to a former silver mining village, a cliff-edge fishing village, the most exposed theatre in the country, and the small communities near Fowey Harbour. 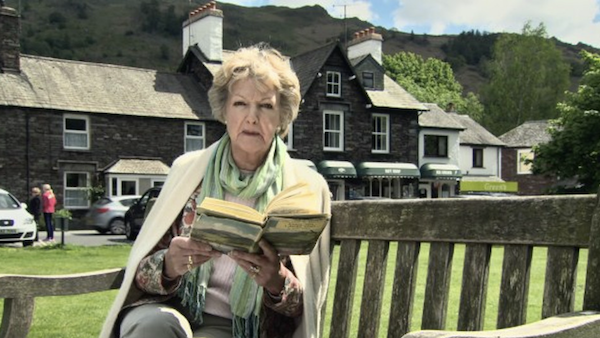 The actress learns about life in the renowned landscape of Cumbria. The wonder of the Lake District cannot be ignored, but from Morecambe Bay to the Pennines, Penny finds there is much more to life in a Cumbrian village than tourists and tea shops, and all of it owes a great deal to the dramatic local geography. Along the way she meets a community buying its local mountain, indulges in the unique Cumbrian pursuit of hound trailing and visits the home of Sticky Toffee Pudding. 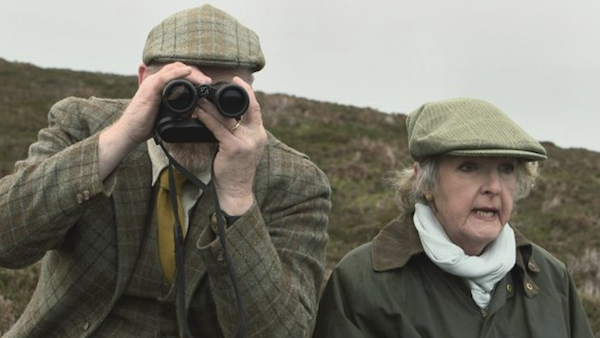 Penelope travels through Royal Deeside, a remote part of Aberdeenshire. It’s a land of enormous estates served by tiny communities. Penelope visits the few villages that exist and explores how important Queen Victoria was in shaping modern Deeside. She takes to the skies in a glider, visits the station built for Queen Victoria in the 1860s, goes to the Highland Games arena for the first time since the 1950s and discovers the secrets of the present Queen’s vegetable patch at Balmoral. 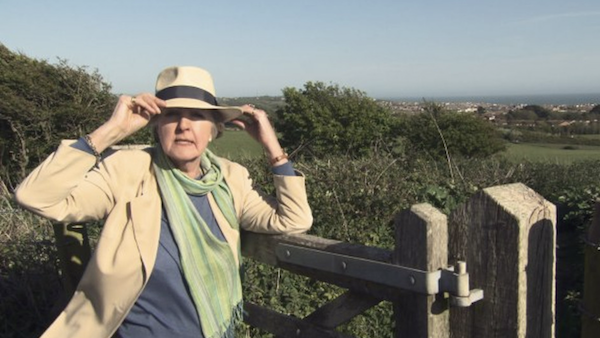 In the final episode of the series, Penelope is in East Sussex and Kent – a rural, unspoilt swath of the busy south-east that never ceases to surprise and impress. She finds a remarkable hidden village that hasn’t changed in almost a century, discovers the origins of the English Country Garden and sees a war memorial which was helped to be established by Rudyard Kipling. Steam power whisks Penelope to the prettiest villages in Kent where she uncovers why so many of them take pride in their beautiful signs. She also visits a village that stopped a naval embarrassment turning into a national disaster and ultimately uncovers the unexpected origins of that seaside village institution – the bungalow. 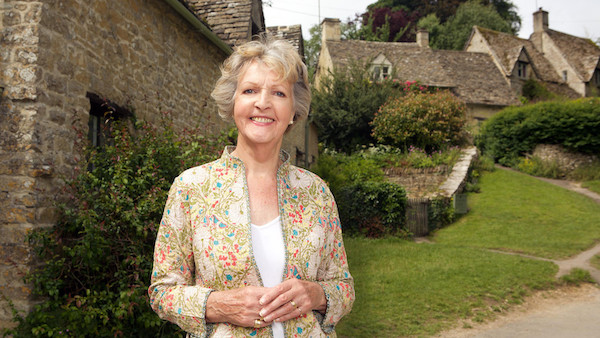 Penelope Keith, one of Britain’s best loved actors and a villager herself for 38 years, goes in search of more Hidden Villages in a new series that takes in North Yorkshire, Argyll and Bute, Pembrokeshire, and starts with the Cotswolds. Penelope’s Cotswold journey starts in the celebrated village of Bibury, and an area that her old friend Jilly Cooper describes as a magnet for some of the most famous faces in the land. The tour also includes Kelmscott, the home of William Morris; Slad, the village setting of Laurie Lee’s book Cider with Rosie; Down Ampney; and Hook Norton, where beer continues to be delivered by horse-drawn dray. And in Ebrington, Penelope visits a perfect village fete. 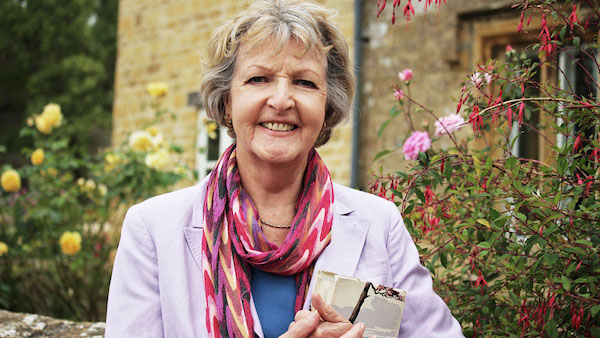 In this episode, Penelope visits some of the most extreme villages in the show, as she indulges her love of ferries, mountains and lochs galore in seeking out some of the remarkable communities of Argyll and Bute. In Mull, she learns about the local Viking saga, celebrated by the villagers of Tarbert; before venturing north to see how the Crinan Canal created Scotland’s most beautiful short cut. She visits the marble-filled Mount Stuart House on the Isle of Bute and watches a game of shinty in Tighnabruaich. There is also a visit to the island of Easdale, a place without roads, cars, and just one tiny ferry, that also plays host to the World Stone Skimming Championships. 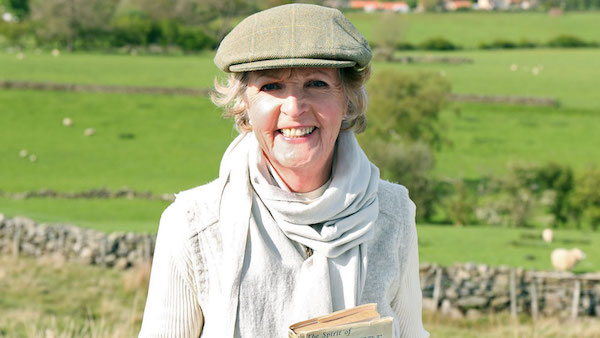 Penelope Keith travels to North Yorkshire, England’s largest county, and the heart of a region that’s long been billed as ‘God’s own country’ – with its dales, moors and rugged coastline. In the remote villages of Upper Swaledale, Penelope delights in the local dialect. She then visits Cracoe, the village featured in the film Calendar Girls. On the North York Moors there are Viking sword dances in Goathland, the failed seaside resort of Ravenscar, and the mystery of Captain Cook’s childhood in Great Ayton. And Penelope takes to the skies over Brompton-by-Sawdon before finishing her tour at the artist’s retreat of Staithes. 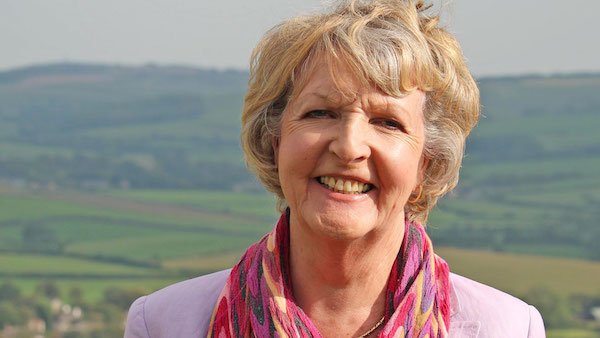 In the final episode of the series, Penelope travels coast to coast across the stunning Welsh peninsula of Pembrokeshire. Although remote, this area is nonetheless a magnet for fascinating villages, clinging to cliffs and estuaries, or nestled beside beaches, farms and castles. Penelope visits Manorbier, with its tea shops and connections to both Virginia Woolf and Narnia. Then it’s the waterside villages of the Cleddau Estuary, from Llangwm to Lawrenny. In the wild Preselli Hills to the north, Penelope encounters the Welsh-speaking villages of Cwm Gwaun and Mynachlogddu. There is also St Dogmaels, home of one of Britain’s best food markets, and Abereiddy, one of the venues for the cliff diving World Series.