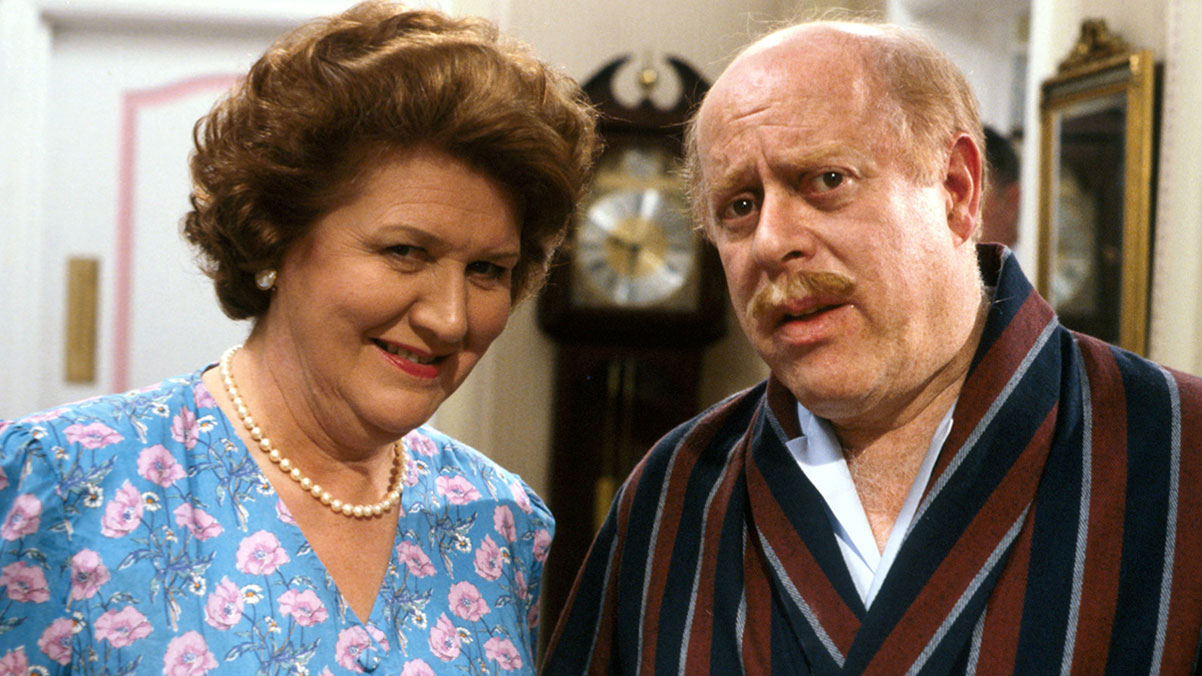 Hyacinth Bucket (pronounced “bouquet”) goes to incredible lengths in her quest for perfection. Hers is a spick-and-span house. Her downtrodden husband, Richard, acts as chauffeur in their immaculately kept car. Their permanently absent son has a superior name, Sheridan. Even the empty milk bottles sparkle on the doorstep after their obligatory rinse in the dishwasher. Hyacinth delights in her “candlelit suppers”, but her guests live in fear of receiving her invitations. Next-door neighbor Liz is so nervous that she is guaranteed to break or spill something. Her brother Emmet hides every time he sees Hyacinth. And the Buckets’ distinguished friend, the Major, and the vicar and his wife all do their best to keep out of her way.

In marked contrast to Hyacinth’s meticulously ordered life, however, the rest of her family are as common as muck. They live together in a rundown house that looks like a junkyard. Sister Daisy and her husband, Onslow, are out-and-out slobs. Her other sister, Rose, is an aging tart. And her elderly father is a lecherous drunk, given to cycling stark-naked down by the canal, chasing the milkwoman. Whatever Hyacinth does, her family can always be guaranteed to show her up. Can she ever live down the disgrace?

Created by Roy Clarke, who is also known for creating Last of the Summer Wine, Keeping Up Appearances ran for five seasons on BBC One between 1990-1995.

Patricia Routledge won the Writers’ Guild Top Comedy Actress Award in 1991 and was the Variety Club BBC Personality of the Year in 1992. She was also nominated for two BAFTA Awards for her work in Keeping Up Appearances.

In 2004, Keeping Up Appearances was listed #12 in the BBC’s Britain’s Best Sitcom Poll.