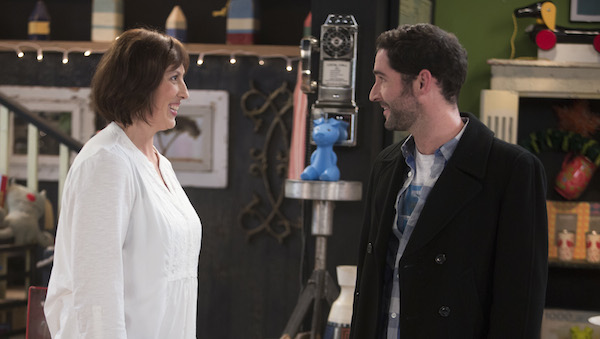 In addition to airing the seasonal favourite “Miranda’s Perfect Christmas,” VisionTV will also fill your stocking with a new pair of “Miranda” specials (that take her story beyond the first three seasons of the series), each of which focus on Miranda’s up and down relationship with Gary. For hilarity, heartbreak, then much more hilarity, tune into “Miranda.”

We find Miranda where we left her, with two proposals – one from Gary and one from Mike. Will she choose one of them or will she run away from the pressures of relationships and the fear of not coping with being a wife?

It’s the final chance for Miranda to try to learn to accept herself and find contentment. Will it be alone or does she find her one true love?