My Life - My Choice: Dying with Dignity

In February 2015, Toronto resident, real estate broker and passionate dog-lover Kathy Wardle called long-time friend and ZoomerMedia producer John Thornton to ask if he would be interested in buying her Cabbagetown house because she was downsizing. Little did John know the real reason behind Kathy’s decision to sell.

Despite numerous surgeries and countless medications, including the maximum allowable daily dose of morphine, Kathy’s years of chronic pain had reduced her life to, in her words, “less than zero”. Uncertain about the timing of the Canadian government’s legalization of physician assisted death, Kathy began the lengthy and thorough process required to get the “green light” to legally end her life overseas in Switzerland.

My Life – My Choice: Dying with Dignity is the result of John and Kathy’s unexpected and emotional journey to document her final weeks and the aftermath of her brave and lucid decision through intimate conversations with family and friends, interviews with physicians and chronic pain experts.

Kathy’s preference would have been to die a graceful death at home in Toronto surrounded by loved ones. Her hope was that My Life – My Choice: Dying with Dignity would serve to create awareness about chronic pain and stimulate greater conversation around end of life care and end of life choice. 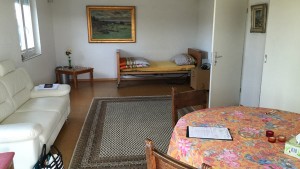 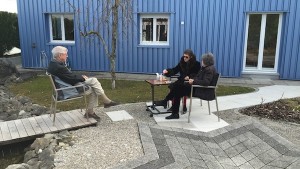 The topic of dying with dignity in Canada has been in the headlines a lot, thus providing Canadians with further information, insight and opinion on the matter.

Toronto Life
“I helped eight people end their lives. By the time you read this, I would’ve ended mine.”
[Read Full Article]