The people of Cornwall are proud of the fact that they do things differently, and the Christmas celebrations in this beautiful part of England have their own unique flavours and sounds. Home for a while from his worldwide adventures, Rick Stein has a chance to enjoy Christmas in his beloved adopted county, joining in the ancient festival of Wassailing and cooking his own goose! With Cornish Christmas music and the occasional glass of Cornish beers and ciders, this is a festive feast guaranteed to get viewers in the best seasonal spirits.

Rick Stein OBE is an English chef, restaurateur, cookery book author and television presenter. He has written over 20 cookery books, an autobiography and made over 30 cookery programmes. He has also cooked for The Queen and Prince Philip, Tony Blair, Margaret Thatcher and French President, Jacques Chirac.

Rick is best known for a love of fresh seafood and made his name in the 90’s with his earliest books and television series based on his life as chef and owner of The Seafood Restaurant in the fishing port of Padstow on the North Coast of Cornwall. As he said at the time “nothing is more exhilarating than fresh fish simply cooked.”

Since then he has expanded his horizons to cover numerous journeys over the world in search of great dishes, and also increased his business empire. 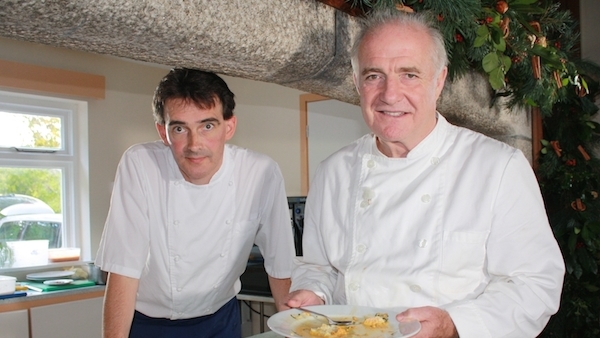