Songs of Freedom with Measha Brueggergosman 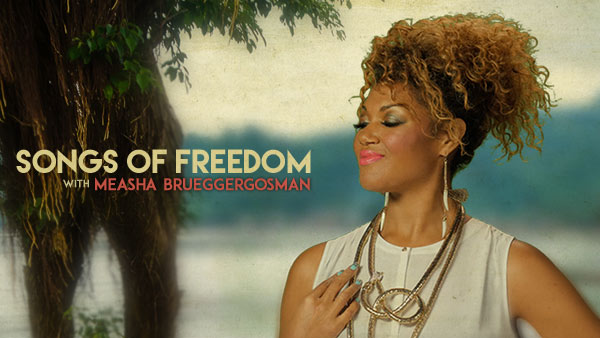 VisionTV has always been proud to commission and present programs like Songs of Freedom that tell stories of faith, culture, and human rights. On Fridays, Feb. 3, 10, 17 & 24, 2023 at 10pm ET / 7pm PT, we will encore Canadian vocal star Measha Brueggergosman‘s powerful story as she embarks on a journey to discover her ancestral and musical roots. Watch all award-winning half hour episodes and/or the two hour feature length film below.

Songs of Freedom is a four-part musical documentary series, a ninety-minute feature and interactive experience that revolves around renowned soprano Measha Brueggergosman and her rendition of a unique collection of “Freedom Songs”.

The songs that emerged from Africa via the slave trade to America, and the Underground Railroad to Canada, constitute a moving musical portrait of a people on a journey from the cruelty of slavery to freedom. The history chronicled so intimately in these songs is closely intertwined with Measha’s present day odyssey to uncover the journey of her ancestors from Cameroon, Africa to slavery in America and, ultimately, to freedom in Maritime Canada, where she lives today.

This journey through time and space is at once musical and sociological, personal and historical, intimate and epic – as Measha explores the role of music throughout these turbulent chapters in North American history.