Explore more mystifying corners of the universe of the unexplained with 10 all-new, intriguing and fascinating episodes of Supernatural Investigator.

Canada’s premiere science fiction author, Robert J. Sawyer follows the search for the truth behind so-called supernatural phenomena and once again presents an insider’s view into other wordly adventures from near death experiences and after life experiments, to modern miracles and guardian angels. 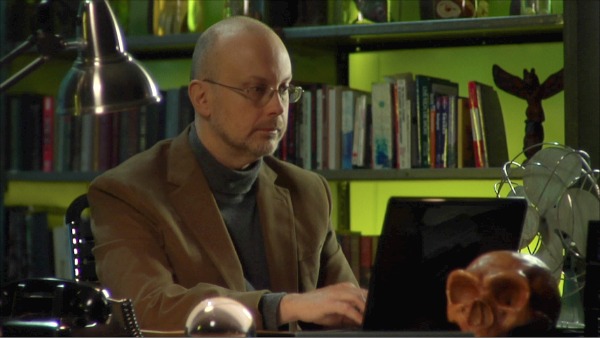 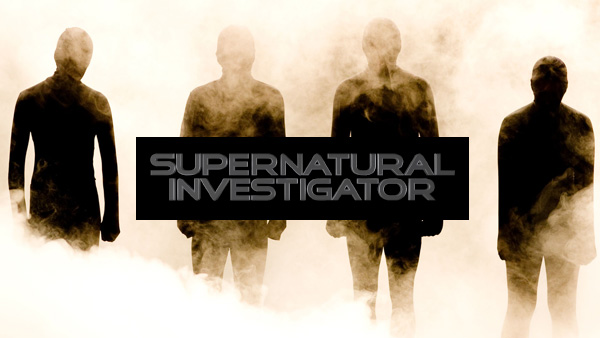 Some believe Fortune Telling is an art – dating back thousands of years – practiced by millions around the world. But others say it is all fraud – a slick business run by fraudsters and criminals – in search of the big bucks. Our investigator, actress Cindy Sampson, from the hit series Supernatural, begins a quest to uncover the truth – locating North America’s top Fortune Tellers – and putting them to the test.

From Tarot cards to palm reading, Cindy challenges psychics and savants to peer into her future. And what they reveal is shocking – from relationship trauma to potentially life-altering illnesses. But the skeptics offer a different angle – providing convincing evidence that these ancient practices hold no truth at all. Finally, Cindy’s encounter with a psychic not far from her hometown is shocking. Using the practices of Nostradamus himself, this psychic opens Cindy’s mind to world she never knew possible – a final, and convincing argument that Fortune Telling may indeed be real.

#303: AFTERLIFE EXPERIMENTS (OTHER SIDE BREAKTHROUGHS)
Scroll down to watch online
Produced by Tell Tale Productions

Ouija boards, séances, and psychic mediums may seem like kitschy throwbacks to yesteryear, but in only the past few years there has been a dramatic resurgence of the desire to communicate with the dead. Paranormal Investigator Walter Meyer zu Erpen has made it his life’s work to investigate the question: is there life after death? And if so, is it possible to communicate with that surviving part of human consciousness? Walter invites us to journey through the enigmatic worlds of afterlife communications including medium-ship sessions and Electronic Voice Phenomenon (E.V.P.) recording. From climbing into ancient Hawaiian spirit caves to visiting the Nova Scotian grave site of the world’s greatest shipwreck disaster on the 100th anniversary of its sinking – Meyer zu Erpen ponders larger implications of communication beyond the veil such as: if there is evidence of personal survival beyond so-called death, would you live your life differently?

Many great achievements in science, the arts, and everyday events are the result of that indefinable something that we call luck. Luck is an unpredictable part of the human experience and, for better or for worse, wields a strong influence over our lives. Why do some people seem to get more than their fair share of luck while others are incredibly unlucky in life? Can unlucky people do anything to improve their luck – and lives?

Our Supernatural Investigator is Mark Bachynski a Halifax musician who has been very fortunate in life. He sets off on a journey to understand the true nature of luck and tackles a subject that touches all of us. We meet a millionaire who has beaten incredible odds by winning a lottery jackpot three times and a young man whose life has been stricken by an inexplicable run of bad luck. We hear from leading experts including a doctor from Harvard Medical School who believes the brain itself holds the secret to good luck, a statistician who measures the probability of being lucky, a psychic, a psychologist and a metaphysical consultant who teaches people how to improve their luck.

#205: WHAT ARE THE ODDS? BEYOND COINCIDENCE
Scroll down to watch online.
Produced by Ruby Tree Films

Unlikely and unexpected, mysterious and spine-tingling, amazing coincidences can shake us out of the complacency of everyday life, and leave us with a sense of wonder. But how should we interpret them?

Supernatural Investigator Donna Gabriel is a journalist who has experienced a string of these unexplained events in her own life. She leads us on a journey to discover if there are meaningful patterns to be gleaned from these strange occurrences. Are coincidences clues to the will of the universe? Or, as some people suggest, just unrelated events without any real significance?

Our journey to understand these perplexing occurrences starts with the story of two ten-year old girls who are mysteriously linked together by a heart warming coincidence involving a simple red balloon. We delve into the spine tingling story of a Massachusetts man who while vacationing in Hawaii makes an unplanned stop at a Waikiki Beach and encounters a stranger who turns out to be his long lost brother.

Our effort to unravel the truth leads us to a statistician who believes that coincidences are statistically probable events that are bound to occur in a world of 7 billion people and a Jungian analyst who believes that they are mystical proof of the underlying interconnectedness of all things. This episode of Supernatural Investigator looks at the true nature of coincidence. Are they simply a matter of pure chance in a random world, or are they destiny?

Astonishing healings and medical doctors raising the dead. Gold teeth appearing inexplicably in believer’s mouths. Countless events that science cannot explain. Is this old time religion? A spiritual revolution, or merely infrequent outcomes in a probability game? Join investigator Lauretta Ryan on a journey to look for modern day miracles. While Ryan heads to sites of phenomenal happenings she is caught off-guard by a few miraculous surprises of her own. Many believe miracles to be a message to us that we are not alone. But for most of us the question remains: are miracles the work of divine intervention? If not, can they be explained rationally? One thing is certain, modern miracles, real or not, have the power to transform lives.

What happens to us after death is perhaps the greatest mystery of life. One belief is that we reincarnate – that there is life, after life. Despite this widespread belief, renowned spiritual author and scholar Tom Harpur remained skeptical of reincarnation – until now. What has lead Harpur to consider reincarnation as a real possibility? It may be surprising, but the best evidence does not come from the world of religion or spiritual studies, but from the world of science. From cases of children who can recall living past lives to the science of biometrics to the realm of quantum physics and global consciousness, we examine the evidence for reincarnation.

Could a young boy with vivid, accurate memories of WWII be the reincarnation of a pilot who was shot down during the war? Is it possible that Anne Frank is alive today, reincarnated as a senior member of the Swedish National Police? Claus von Stauffenberg was executed for his attempt to assassinate Hitler, but did his life end there?

Wherever poltergeists manifest they leave in their path a trail of emotional and physical destruction. Although the earliest recorded cases of poltergeists date back to the first century, our modern day understanding of the phenomenon comes mostly from Hollywood movies. Supernatural Investigator, author and Paranormal Analyst Darryll Walsh delves into three dramatic poltergeist cases in effort to separate fact from fiction and uncover the truth about these mysterious entities.

After exploring the bizarre case of the fire spook of Caledonia Mills, one of the most perplexing poltergeist cases in North America, Walsh heads to England to compare notes with the world’s leading poltergeist experts. Here he uncovers the details surrounding a violent poltergeist terrorizing a family in North East England and meets up with respected journalist Guy Lyon Playfair to get the inside story on the infamous Enfield Poltergeist case.

On his journey Walsh considers several recent theories about the possible causes of poltergeist activity and examines new scientific evidence that could lead to definite proof of poltergeists. In the meantime, as hundreds of new cases are reported each year, people continue to be harassed and terrified by these mischievous spirits.

#302: NEAR DEATH EXPERIENCE (FLATLINERS)
Scroll down to watch online
Produced by Partners in Motion

Have people really been to the other side and lived to tell about it? Near death experiences are reported by many people – from children to the elderly, celebrities to the next door neighbour. Common threads exist in nearly all accounts of near death experiences, such as a feeling of peace and tranquility, bright lights, being able to see one?s earthly body and in some cases, communication with deceased relatives. What about visions of hell? Have people actually seen manifestations of hell while their physical bodies were clinically dead? Some claim to have seen terrifying visions that lend proof to the existence of hell.

Join Supernatural Investigator Dave Thaler on a fascinating journey to further understand his own profound Near Death Experience. Travel along to Louisiana as Thaler consults with Dr. Jeffrey Long, Founder of the Near Death Experience Research Foundation. Then, head onwards to Texas to visit Cloe Solis, who shares her own vivid NDE and back to Ontario, where Neuroscientist Dr. Michael Persinger has Thaler participate in his ongoing neurotheology studies involving the ‘God Helmet’. Finally, Thaler submits to a polygraph test to provide further evidence that his own NDE was an actual occurrence.

Guardian Angels have been reported for centuries – spiritual beings walking among us, protecting us from danger. New studies say, in the 21st century, millions continue to believe these legendary, heavenly messengers are real. But skeptics say the phenomenon of angels is all in our head. Our investigator, actress Cindy Sampson, from the hit series Supernatural, believes she has a Guardian Angel – and now, begins a personal quest to uncover the truth.

From Toronto, Ontario, to Philadelphia, Pennsylvania, she investigates Guardian Angel Specialists – offering spiritual readings and alleged connections to the afterlife. And, she investigates the other side – skeptics, neurotheologists, and scientists who claim Guardian Angels can all be explained in the science of the human brain. But in one final psychic experience, Cindy gets more than she bargained for – an undeniable spiritual connection that she simply can not explain. Is it science, or her own Guardian Angel?

The question of whether we are alone in the universe is age-old. But in recent decades, claims of personal encounters with aliens have surfaced, becoming part of our collective consciousness. Contrary points of view fuel a fiery debate pitting dark intentions against positive enlightenment. Spring-boarding from her personal encounter experience, extraterrestrial researcher, Kristy O’Leary embarks on an accelerating journey to explore the alien agenda. She seeks out experts such as world-renowned nuclear physicist Stanton Freidman, alien implant expert Dr. Roger Leir, and abduction hypnotherapist Yvonne Smith. Join Kristy as she travels to ufological hotspots ranging from the fabled Roswell, New Mexico to the ECETI Ranch in Washington State – where UFO sightings are said to happen almost every night.