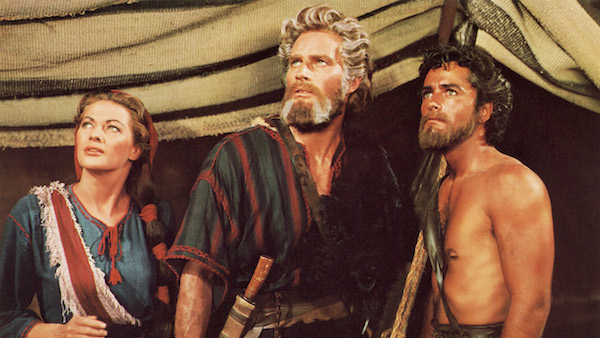 “The Ten Commandents,” Cecil B. DeMille’s monumental dramatization of the book of Exodus, recreates the life of Moses from his infancy when his mother set him afloat on the Nile, through his years as a young man in the Pharoah’s army, to his betrayal and exile to the desert, and finally his deliverance of the Israelites.

The movie, hailed by critics as “one of the most spectacular of all film achievements,” was 10 years planning, three years in research and in writing, plus more than a year in actual filming. Shooting including location filming in Egypt on the shores of the Red Sea, in the Sinai desert and on the slopes of Mount Sinai, on the very land that Moses is said to have trod.