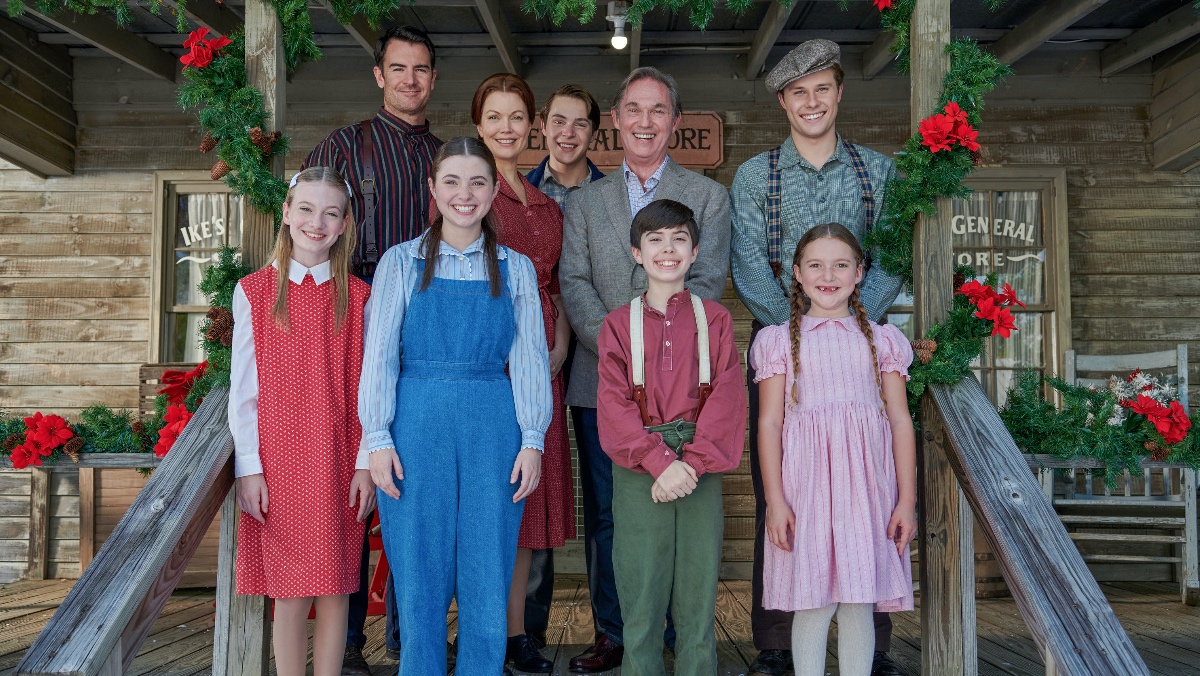 The Waltons’ Homecoming commemmorates the 50th anniversary of The Homecoming: A Christmas Story, which premiered in December 1971 and introduced the Walton family to TV audiences.

The Waltons’ Homecoming is set in the 1933 Depression Era and told through the eyes of John Boy, the 17-year-old eldest child of John and Olivia Walton. His mother expects John Boy to help her raise his sisters and brothers, and his father expects him to follow in his footsteps to help support the family, but secretly, John Boy wants to be a writer. Times are hard enough in 1933, but to make matters worse, it looked to be the Waltons’ first Christmas without John Sr. When Olivia receives a letter that John Sr. is planning to make it home for Christmas after all, the family is thrilled and races to prepare for his homecoming. But when a storm threatens his arrival on Christmas Eve, and John Sr. is nowhere to be found, Olivia sends John Boy out into the night to find his daddy – a journey that will change John Boy’s life forever.

Starring Richard Thomas, the original John Boy, as the narrator, along with Bellamy Young (Scandal) and Ben Lawson as Olivia and John Walton Sr., Logan Shroyer (This is Us) as John Boy, Marcelle LeBlanc as Mary Ellen, Christian Finlayson as Jason, Tatum Matthews as Erin, Samuel Goergen as Jim Bob, Callaway Corrick as Elizabeth, Rebecca Coon and Alpha Trivette as Grandma and Grandpa Walton and Marilyn McCoo as Sister Harriet and Billy Davis Jr. as Brother William.