theZoomer is VisionTV’s flagship 60-minute current affairs show. Created and launched in 2013 by ZoomerMedia founder and VisionTV executive producer Moses Znaimer theZoomer is for and about Canadians 45-plus.

Hosted by Libby Znaimer and Marissa Lennox and featuring a changing weekly round table of diverse, knowledgable and influential experts, theZoomer offers groundbreaking, intelligent, and hard-hitting discussion on how Canada’s most powerful audience is shaping the agenda and changing Canada and the world culturally, socially, politically. 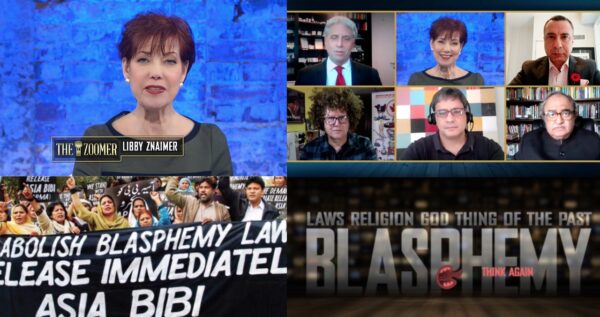 Blasphemy – if you think it’s a medieval concept that modern life hasn’t left behind, THINK AGAIN. In recognition and support of International Human Rights Day (Dec. 10) VisionTV presents back-to-back specials on blasphemy and censorship. On Mon., Dec. 7 at 9pm ET in the world premiere doc Blasphemy, filmmaker Martin Himel explores both classic and contemporary cases resulting in religious persecution to cancel culture. Then, at 10pm ET on the Season 8 premiere of theZoomer, Libby Znaimer and the virtual round table discuss laws surrounding censorship and blasphemy, and how in some places punishments for breaking the laws are deadly.

Visit thezoomertv.com for much more including previous episodes available to watch online.

COMING SOON: theZOOMER ONE ON ONE WITH BARBARA AMIEL 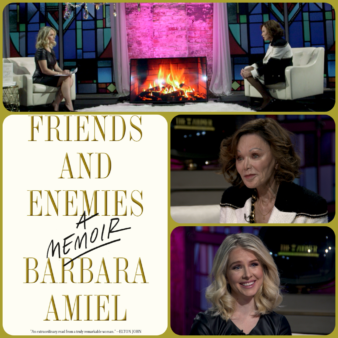 She’s a journalist with a storied, controversial 50-year career and she’s telling all and naming names. Helping to kick off theZoomer’s 8th season, Marissa Lennox chats one on one with Barbara Amiel.

Sign up below to join our Studio Audience RSVP List to be first to know when we’re producing new episodes of theZoomer you can see live!