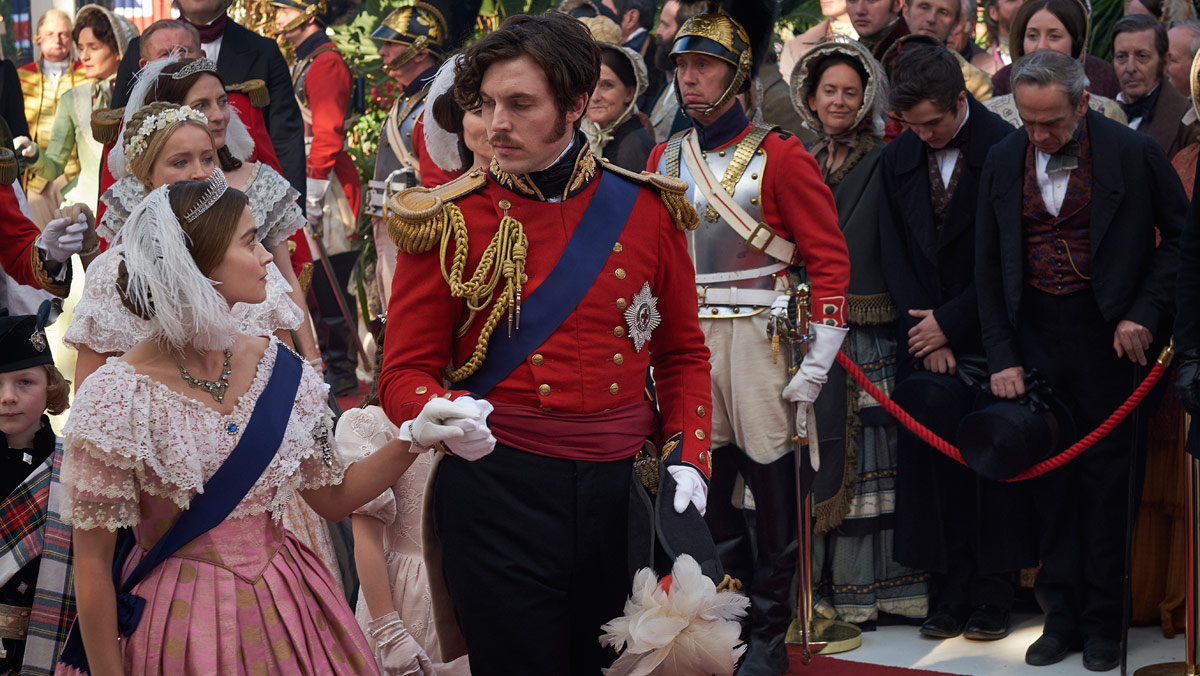 Jenna Coleman (“Doctor Who,” “Death Comes to Pemberley,” “Dancing on the Edge”) stars as a young Queen Victoria in Victoria.

This ambitious period drama follows the early life of Queen Victoria, from her ascension to the throne at the tender age of 18, through to her courtship and marriage to Prince Albert and beyond. Victoria went on to rule for 63 years, and was our longest serving monarch until she was overtaken by Elizabeth II on 9th September 2015.

In Season 1, BAFTA-nominated actor Rufus Sewell (“The Man in the High Castle,” “Parade’s End,” “The Pillars of the Earth”) was cast alongside Jenna starring as Lord Melbourne, Victoria’s first prime minister. The two immediately connected and their intimate friendship became a popular source of gossip that threatened to destabilize the Government – angering both Tory and Whigs alike.

Tom Hughes (“The Game,” “Dancing on the Edge,” “Silk”) stars as Prince Albert. Appearing in the drama from episode 3, Albert immediately makes an impression on the young queen, his first cousin. Although Victoria resisted attempts to rush her into marriage initially, her partnership with Albert was a success and they would ultimately produce nine children.

In Season 3, the series returns in 1848 as revolution sweeps across Europe and reaches Britain. Victoria, heavily pregnant, is shocked by the unexpected arrival of her half-sister and the deposed King of the French. The Chartist movement threatens the monarchy and Victoria must confront the fact that her people may wish to end her reign.

Victoria is made by Mammoth Screen, producers of Poldark and Endeavour, and the series is created and written by acclaimed novelist Daisy Goodwin, in her screenwriting debut.