The Making of Yiddish O Canada 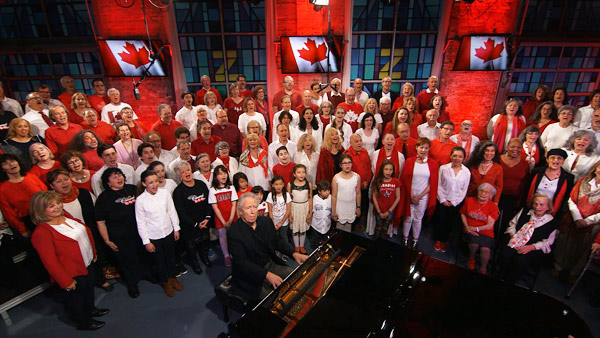 Go behind the scenes for the making of the first-ever Yiddish singing of O Canada in Celebration of Canada’s 150th Birthday.

On June 6, 2017, Moses Znaimer, Founder of ZoomerMedia and Executive Producer of VisionTV, hosted a group of multi- generational and multi-cultural choristers in the singing of Canada’s national anthem, O Canada, in an unprecedented Yiddish version by Hindy Nosek-Abelson, a lyrical translator of Yiddish poetry and songs, lecturer and Yiddish dialect coach for stage and film. 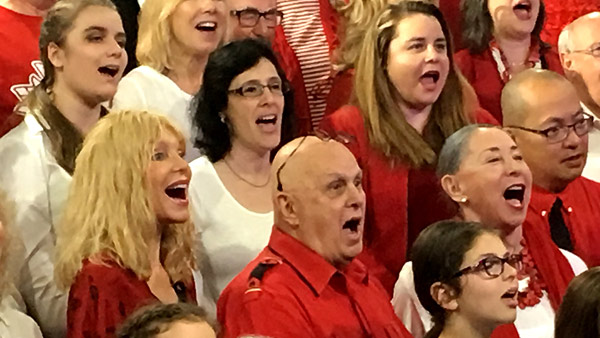 The Yiddish language version of Canada’s National Anthem was sung at The ZoomerPlex, in Toronto’s Liberty Village and was shot for broadcast on VisionTV. The ZoomerPlex is the home of ZoomerMedia, the multi-media company Moses founded in 2008, devoted to content and services for Canada’s 15.8 million people aged 45plus, the population Moses has dubbed “Zoomers”.

“Yiddish was the first language of most Jewish immigrants to Canada from the late 1800s on. While Yiddish was almost extinguished in the Holocaust, there remains a powerful love for the language shared by many people, now mostly Zoomers. It is also enjoying an academic and musical renaissance with Yiddish courses offered in most major universities including Oxford, UCLA, Columbia, McGill and University of Toronto,” said Nosek-Abelson.

Sing along with Yiddish ‘O Canada’. Download a copy of the translated lyrics right here!

It all started with a simple question about whether it had ever been done before. Had O Canada ever been translated into and performed in Yiddish? The question came via celebrated Canadian novelist Margaret Atwood, who was following up on a request from Dan Bloom, a freelance writer living in Taiwan, who had, in turn, received an inquiry from Craig S. Smith, a New York Times reporter, asking if he knew how many languages O Canada had been translated into.

Atwood approached Charles Pachter about the possibility of putting together a Yiddish version and soon, Marilyn Lightstone heard about the idea and presented it to Moses Znaimer. Hindy Nosek-Adelson was approached to do the translation of our national anthem into Yiddish. Then, it needed to be turned into a visual and aural reality via the efforts of ZoomerMedia’s production team and VP of Communications, Leanne Wright. 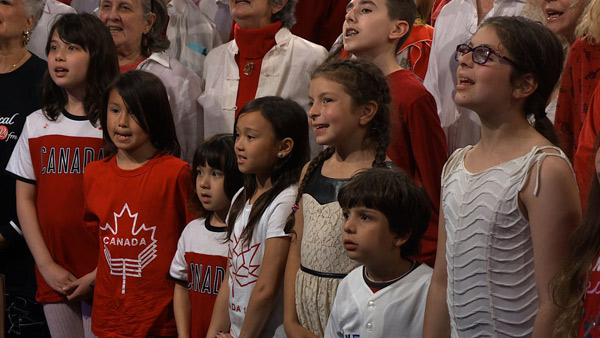 The experience was so moving and affirming for all involved that we decided to share that experience with our viewing audience in The Making of Yiddish O Canada. Join us on Friday, June 26 at 10:30pm ET/7:30pm PT for a special encore presentation.

READ MORE: How a Group of Toronto Artists Spearheaded a Yiddish Version of O Canada.

WATCH OUR ZNEWS REPORT ON THE MAKING OF YIDDISH O CANADA