The Conspiracy Show S3E3: The Execution of MLK and the Framing of James Earl Ray

THE EXECUTION OF MLK AND THE FRAMING OF JAMES EARL RAY

In this re-examination of the assassination of civil rights leader Martin Luther King, Richard meets several researchers who provide evidence that the convicted gunman, James Earl Ray was not the real triggerman. Further the researchers claim the plot was orchestrated at the highest levels of government and law enforcement. A noted debunker in the skeptic community refutes these claims as unfounded.

Was James Earl Ray a lone wolf with an evil agenda who acted completely on his own, or was he the fall guy for a much deeper, more complex conspiracy involving a network of Dr. Martin Luther King Jr.’s political opponents? Watch this episode and show us where you stand. To cast your vote and see how it stacks up with popular opinion, and much more, visit the all-new TheConspriracyShow.com.

Season 3 of The Conspiracy Show with Richard Syrett airs Mondays at 10pm ET/7pm PT through November 10, 2014.

Listen to The Conspiracy Show with Richard Syrett Sunday nights at 11pm ET on the New AM740 ZoomerRadio. 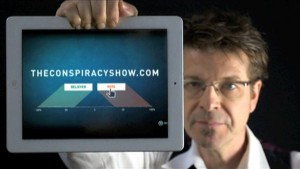 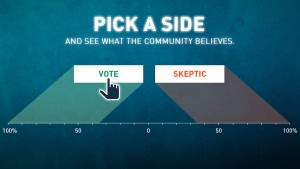