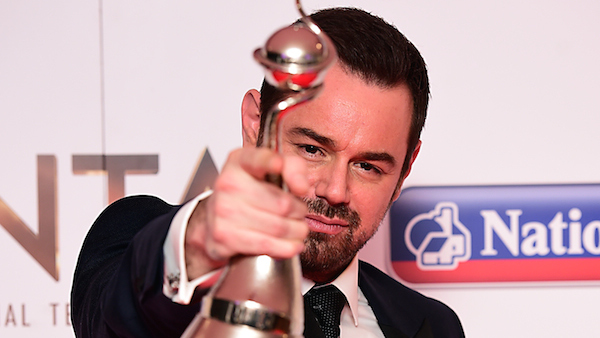 Last night at the UK’s National Television Awards (NTAs), the fan-voted award show dished out honours to those involved in some of VisionTV’s most popular programs: “Downton Abbey,” “Poldark” and “EastEnders.”

The addictive “Downton Abbey” took home the prize for favourite Drama program (for the fourth time in five years), beating out the likes of “Doctor Who,” “Casualty” and “Broadchurch.” Leading into VisionTV’s Wednesday, June 29 (9pm ET/6pm PT) premiere of the sixth and final season of “Downton Abbey,” we will be airing an encore presentation of seasons four and five, beginning Wednesday, February 3 at 10pm ET/7pm PT.

Although “Poldark” didn’t reign supreme in last night’s favourite New Drama category (losing out to “Doctor Foster,”) star Aidan Turner won the Impact/TV Moment award. On Wednesday, January 27, VisionTV’s encore presentation of the “Poldark” season one finale will run at 10pm ET/7pm PT, so be sure to tune into that!

Deservedly so, “EastEnders” star Danny Dyer gathered an NTA trophy for the best Serial Drama Performance. You can catch Dyer in action on VisionTV, with episodes of “EastEnders” hitting the airwaves at Midnight ET/9pm PT on Thursday and Friday nights.

One of the most memorable moments of the NTAs was when legendary British actor and comedian, Billy Connolly received the Special Recognition Award for his decades of outstanding performances. Connolly was presented the award by acting great, Dustin Hoffman. As you may recall, Hoffman directed Connolly in “Quartet,” a film that was recently shown on VisionTV. Below, you can watch an entertaining ITV interview featuring both Connolly and Hoffman.

Of course, social media was a buzz with activity thanks to the NTAs. Please keep scrolling the page to see some of the most brilliant Tweets.

VisionTV would like to congratulate all of the NTA winners and nominees! 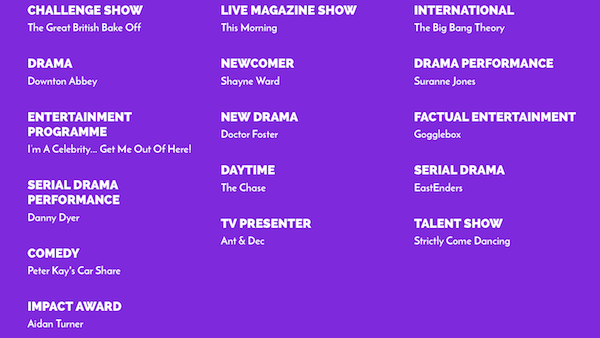 Yessssssss. Thank you so much. Everyone who voted for me. You know who you are. I love you all. ❤️❤️❤️ pic.twitter.com/Dp2zTPeQPZ

this video of martin freeman & the merlin cast reacting to downton abbey winning over sherlock & merlin is amazinghttps://t.co/FcLbQMlapH