Jenna Coleman Fascinated by the Human Side of Queen Victoria

As a teenager, you’re not expected to know everything. Sure, many of us at that age had such a belief, only to face the realization that life is a constant learning experience.

Now, imagine being a teenager that’s handed a crown, the title of Queen and the responsibility of being a world leader. This is precisely what happened to Queen Victoria at the mere age of 18. Not only did she have to figure out who she was as a human, but she also had to learn how to preside over a civilization.

For actress Jenna Coleman, she became very fascinated by Queen Victoria’s youthful, intelligent and sometimes erratic behaviour. Needless to say, these vast character elements made playing the young Monarch quite the dynamic experience for Coleman. 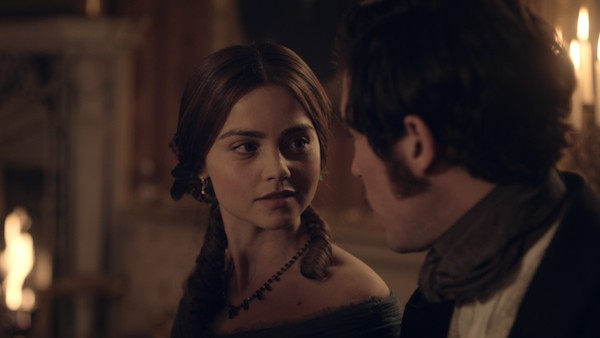 “None of the way she’s supposed to behave and the uniform of her life has squashed her lust for life, regardless of growing up in the Kensington system. I find that really amazing about her,” said Coleman in an interview with Collider. “Also, she’s so unapologetically herself. She’s flawed, in that way, but I think it’s what makes her really human. [She’s] really interesting to play because she’s so inconsistent. She’s so many things. She can be quite childish and frivolous, at times, and emotional, but other times, she’s like the wisest person in the world, way above her years.

Continued Coleman: “She was tempestuous and she was known for violent outbursts when she was younger, but she was incredibly romantic and with a big heart. She was very loyal to her servants. She was such a multitude of things, so trying to play that inconsistency of her character and also be unapologetically flawed yet likeable has been interesting to navigate. It’s all really, really fun to play. I keep watching Judi Dench’s Mrs. Brown. That’s what Daisy [Goodwin, series writer] said she thinks is the most accurate performance of the Victoria she has studied and read. It’s interesting to think, ‘Okay, that’s the Victoria in 40 years time. That’s where we’re headed.’ That way, you can get the essence, but she’s a lot younger and she’s very vibrant. She’s been through a lot, but you can see where she’s headed to, in a way.”