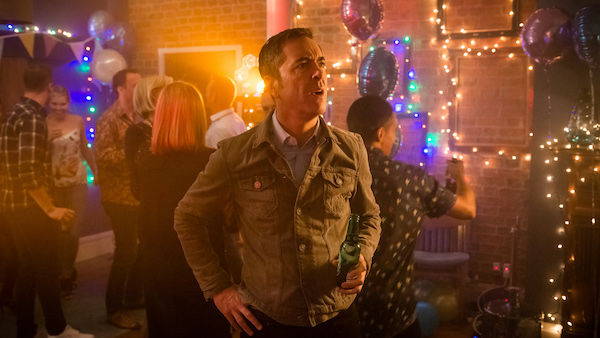 Picture this: Daniel Craig’s forthcoming James Bond film comes out, as planned, on November 8, 2019. The storyline is spectacular, the stunts are more stunning than ever and Craig turns in a performance so phenomenal, moviegoers leave the theatre in dizzyingly great spirits. Then, once the smoke clears, Craig decides to hang up the tuxedo and bid his time as Bond adieu.

To some fans of the super-spy franchise, that move would be crushing. However, for an actor like James Nesbitt, such a circumstance could bring with it the opportunity of a lifetime.

Nesbitt, who has brilliantly reprised his role as Adam on the rebooted British series “Cold Feet,” recently declared that he would definitely take on the role of James Bond – if it were to become available.

“I’d love to. I’d love to be in the movies. I’ve always loved Bond, all my life, you know?” said Nesbitt during an interview with Ronan Keating and Harriet Scott of Magic Radio. “I was saying earlier [that] I was never really into comic books, I was never into fantasy, but I loved Bond all my life and I think I have to say Daniel Craig has been incredible.”

Other VisionTV favourites like Aidan Turner (“Poldark”) and James Norton (“Grantchester”) have also been thought of us as two leading men who could one day do well as James Bond.

In the case of Norton, he received an endorsement from none other than mega-respected actress Diane Keaton, who said during an interview: “Don’t you think he’s going to be the next James Bond?”

Whether or not Nesbitt has the chance to become Bond remains to be seen. In the meantime, though, be sure watch him during our encore presentation of “Cold Feet” Season 6 (Wednesdays at 10pm ET/7pm PT).

Also, the seventh season of “Cold Feet” will air this fall on VisionTV! Please stay tuned for more information about that.