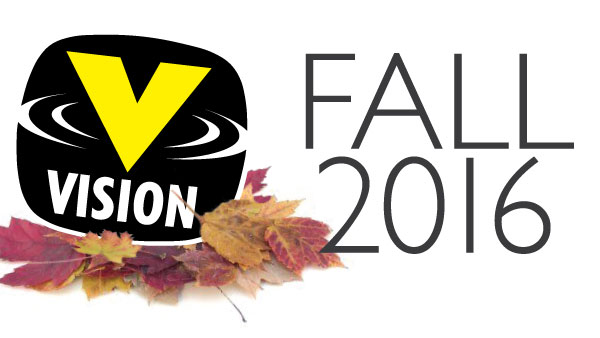 When the calendar turns over to September, VisionTV will rollout a fresh collection of programming geared toward those who have a deep admiration for family-friendly classics, gut-busting Britcoms, distinctive dramas, as well as factual features designed to educate, enlighten and encourage a smile.

Leading the charge will be the VisionTV premiere of “Little House on the Prairie,” as well as the highly anticipated return of “The Waltons,” airing back to back on weekday afternoons beginning Thursday, September 1.

Launching our new British Factual timeslot (Mondays at 8pm ET/5pm PT) will be “50 Ways to Kill Your Mammy,” an inspiring, yet hilarious series in which a charismatic and adventurous son, Bazil Ashmawy, takes his mother around the world in an attempt to open her mind and push her boundaries.

Laughs will be plentiful, as our afternoons will feature “Birds of a Feather” and “Are You Being Served?” while evenings will keep the chuckles going with “Bless Me Father,” “One Foot in the Grave,” “Cradle to Grave,” and, of course, “Miranda.”

For those looking for a more dramatic turn, be sure to tune in for the VisionTV premiere of the glorious shantytown-centric series “Jericho,” as well as the fourth season of audience-favourite, “Call the Midwife.”

Here is a more detailed look at what we have planned for your viewing pleasure: 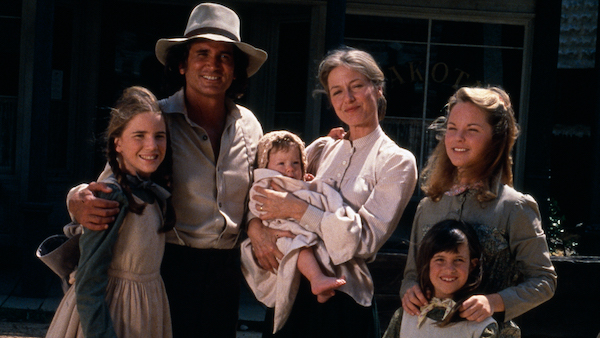 This Michael Landon-led series focuses on the Ingalls, one of many Ameircan families in 1878 that sought a new life, in a new land. Originally airing from 1974-1983, “Little House on the Prairie” received seventeen Emmy Award nominations and three Golden Globe nominations along the way.

“The Waltons” was originally inspired by Earl Hamner Jr.’s 1961 book, “Spencer’s Mountain.” As for the characters that made the series what it is, they were based on the qualities and traits of Hamner Jr.’s seven siblings.

Sisters Sharon and Tracey are living very different lives until their husbands are sent to prison for armed robbery. After this wrench is tossed into the mix the duo wind up facing life together, under the same roof, with hilarious results. 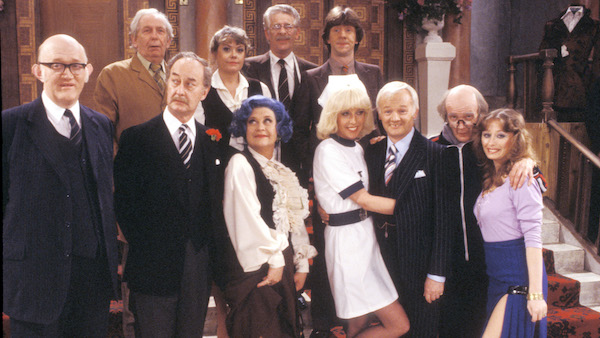 “Are You Being Served?” is one of the most beloved Britcoms, thanks in part to its willingness to push comedic boundaries with risqué dialogue that included saucy innuendos and shining a light on stereotypes.

One of Canada’s most popular homegrown series’, “Murdoch Mysteries” stars Yannick Bisson, an endearing actor who is just as comfortable onscreen as he is renovating homes. 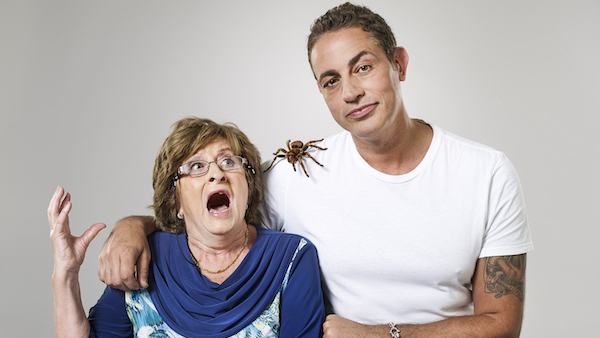 Before subjecting his mother to death-defying stunts and eye-opening cultural experiences on “50 Ways to Kill Your Mammy,” Irish radio and television personality Bazil Ashmawy appeared in a number of reality series’ like “How Low Can You Go?”, “Fáilte Towers,” as well as “Baz’s Culture Clash.”

Each week, “theZoomer” features an esteemed panel discussing subjects that matter most to boomers with zip like politics, economics, relationships, aging and current events that are making headlines. 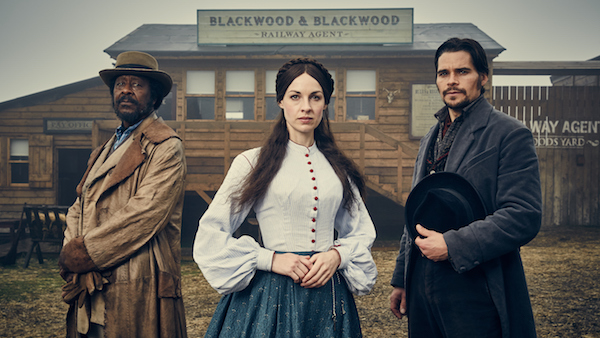 In “Jericho,” Annie Quintain (played by Jessica Raine of “Call the Midwife” fame), plays a penniless mother of two in need of a new place to call home. Soon, she ends up in the shantytown of Jericho, a place in which pioneers, prostitutes and vagabonds live and die in the shadow of the viaduct they’ve been brought together to build.

Set in the 1950’s, Father Charles Duddleswell (played by Arthur Lowe) is a mischievous Roman Catholic priest that presides over the suburban London parish of St. Jude’s, Fairwater. Lowe’s first credited role as an actor came in the 1949 film, “Kind Hearts and Coronets.”

Even though Miranda Hart mastered the comedic art of playing a socially awkward, romantically challenged woman on “Miranda,” the actress has just as easily impressed in her far more dramatic role as Chummy Noakes in “Call the Midwife.” 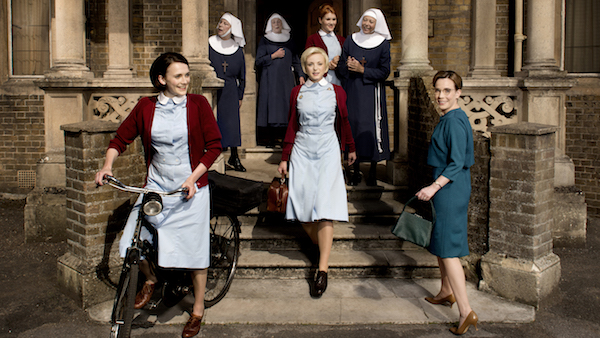 In the fourth season of “Call the Midwife,” the nurses and nuns of the Nonnatus House prepare to enter the 1960s. Together, they must navigate through matters of the heart, the welcoming of new nurses, as well as ambitious endeavours not for the quickly deterred.

After discovering an honest affection for unwanted animals, former military serviceman George Mottershead makes it his mission to open up Britain’s first zoo without bars.

Retirement may be easy and relaxing to some, but for Victor Meldrew (Richard Wilson), his life as a pensioner soon becomes dominated by the struggle of putting up with the strangeness of the society around him. 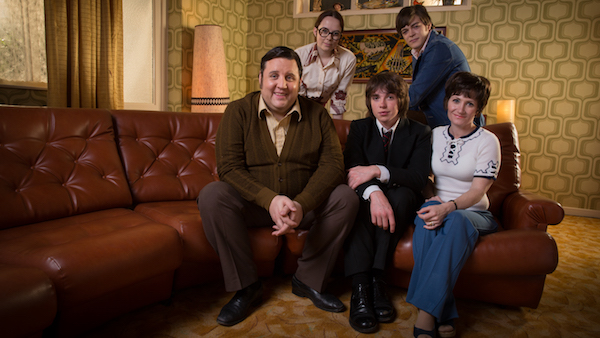 Based on actual events, “Cradle to Grave” takes us back to 1974 and follows the ups and downs faced by the Baker family. Fred, the husband and father of the family, takes pride in his role as a south London docker, but also has a firm appreciation for rackets, fiddles and schemes.

We take you to the movies every Tuesday and Thursday evening with cinematic classics, Canadian films and loveable under-the-radar offerings. Be it drama, comedy, or something in between, we’ll give you films worth popping corn for. 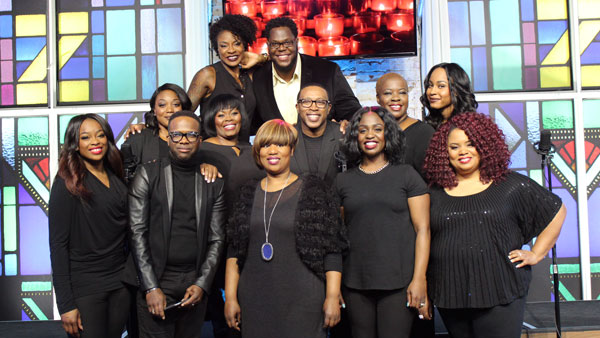 Warm up your vocal chords and tap your toes every Friday with a wonderful and inspiring collection of musical programming including “Songs of Praise,” “The Gaither Gospel Hour,” “People Who Sing Together” and “Time to Sing.” 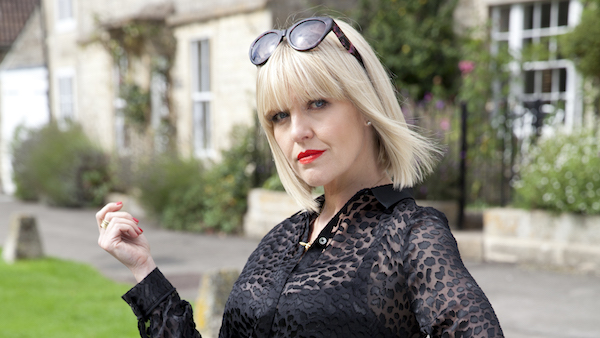 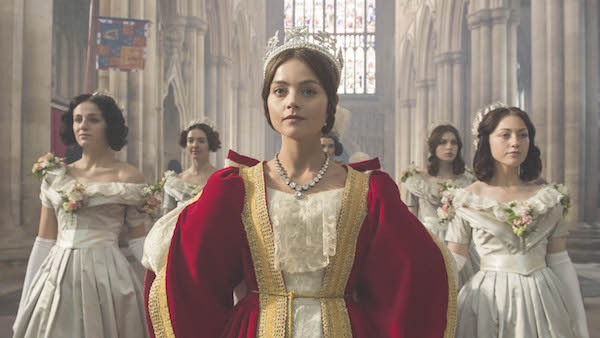 Looking ahead to Spring 2017, we’ll bring you the Canadian premiere of “Victoria,” a brand new, hotly anticipated British period drama from ITV that follows the early life of Queen Victoria (Jenna Coleman) from her rise to the throne, straight through to her marriage to Prince Albert.

Also, be sure to check our online schedule regularly for a look at our complete list of programming.